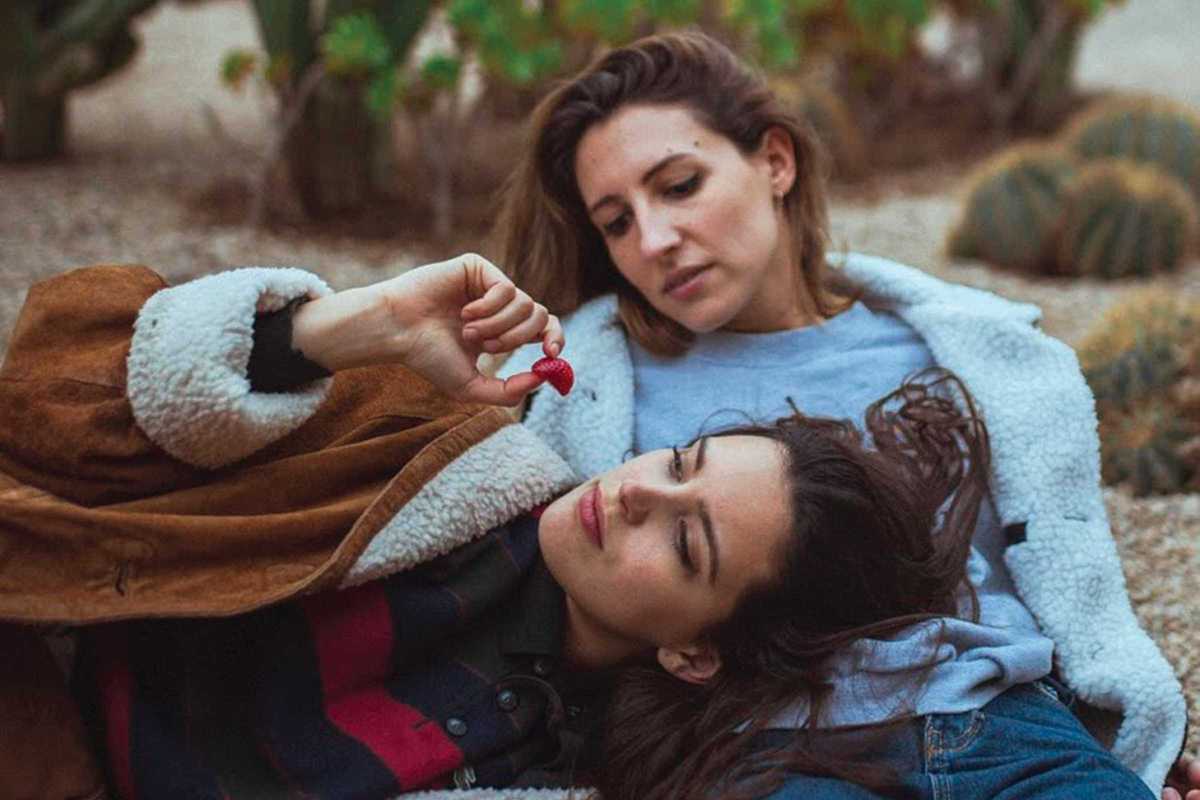 De Vermut are Sara and Marta – fresh and fun, but serious and responsible when warranted. They tell it like it is, and have shown so many of us how to live, feel and enjoy life.

Q. Tell us about De Vermut. De Vermut was born to promote the visibility of the LGBTI collective, but little by little has turned to feminism, and in the case of the LGTBI collective, to gay and bisexual women. We have a YouTube channel and an Instagram account. So what we do is activism in digital media.

Q. How did you come up with the idea? We were at home and saw the news about Diego, a boy who committed suicide after being bullied at school, after being called a queer. It occurred to us we could do something about it: go to schools, talk to kids… tell them it isn’t such a big deal, it’s just a stage, they’re strong, that eventually you grow up to be a happy adult and that the future is not so dark. We spoke with some public institutions and although they were in to the idea, we saw it’s hard to do anything through the government. So we decided to open a YouTube channel, since it was easy, low cost and would be available to anyone who needed it at any time.

Q. When did you start to become famous? Well we don’t know. It’s true that over time we realized we were reaching more and more people, more than we were even aware of, and now we know there’s a large community that follows us.

Q. You are a reference for many women (and men). Who do you follow? Digitally, we follow Barbijaputa, Señorita Bebi, Lola Vendetta, Lula from Eres Una Caca – all of them are women activists fighting for the visibility of women.

Q. What new projects are coming? Many, but they’re secret.

Q. Are you afraid that one day you’ll run out of ideas? I don’t think so, that’d be impossible. What we don’t have is time to pursue all the thing we want to do.

Q. Both of you have other professions. Have you considered leaving them to dedicate yourself to De Vermut? Sara is a digital manager and I (Marta) am a dentist. Sara was the first one to take the step: she now works as a freelancer from home. And I’m spending less time at the dentist’s office, working half-time. It’s not what we live for!

Q. In terms of media presence, women seems less visible than gay men. What do you think? What needs to happen for women to come out of the closet? Yes, absolutely! Even in the LGTBI collective, women continue to be, well, women, and it’s still a man’s world, whether it’s at Pride or whatever. What we have to do is not so much come out of the closet, but take spaces where we can be visible too. Women are already coming out of the closet – and don’t want to go back in – the issue is the world is still dominated by men and we have to conquer our own space.

Q. What do you think of the LGTBI+ universe? Is it a concept that should be fostered, or does it create a “ghetto”? Labels are necessary so that someday they won’t be. It’s true, some say there’s no need to use labels, but the reality is we are still in the fight and the label is still important. We believe there are no ghettos at all, but we need our own spaces and resources, to see ourselves reflected, to come together – we need to exist, and that’s why we should continue to promote the concept of LGTBI+.

1) We have no vibrators since our bedside tables are designer and open, so nothing. 2) Beach. 3) Meet our friends. 4) Movie on the sofa, but going out sometimes doesn’t hurt. 5) We would never, ever, pornify ourselves.