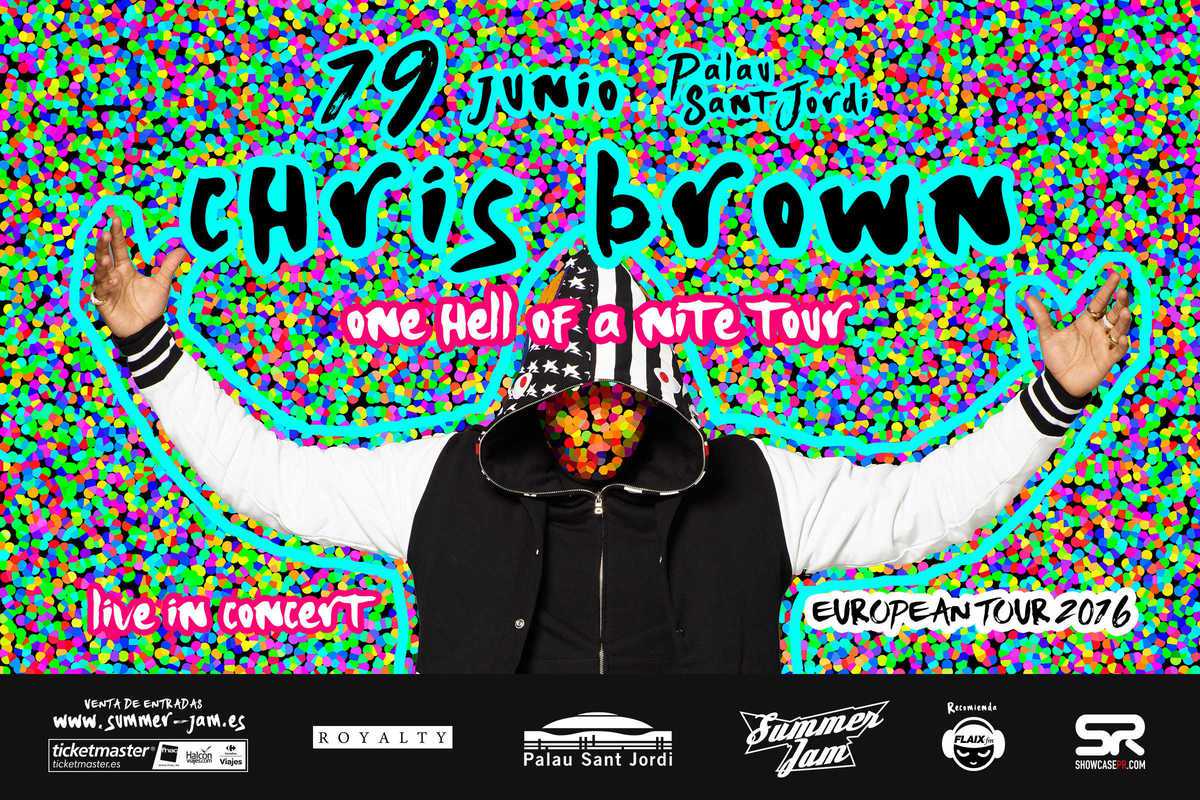 “Zero,” “Liquor,” “Back to Sleep” and “Fine by Me” are just a few of the hits you can expect to hear when Chris Brown takes to the stage at Palau Sant Jordi on Sunday, June 19th. They’re all taken from the album Royalty, which was released at the end of last year, and further enhanced the US singer-songwriter’s reputation as a major force on the R&B and hip hop scene. The gold-selling Royalty was a major dance-pop crossover hit too.

The Barcelona show is part of Brown’s One Hell of a Nite European tour, and he’ll be aiming to deliver exactly what it says on the tin with spectacular dance routines and more. With a bit of luck, he’ll also be previewing some new songs from his forthcoming eighth album, Heartbreak on a Full Moon, as well as classic numbers like “Don’t Wake Me Up” and “Yeah 3x.”