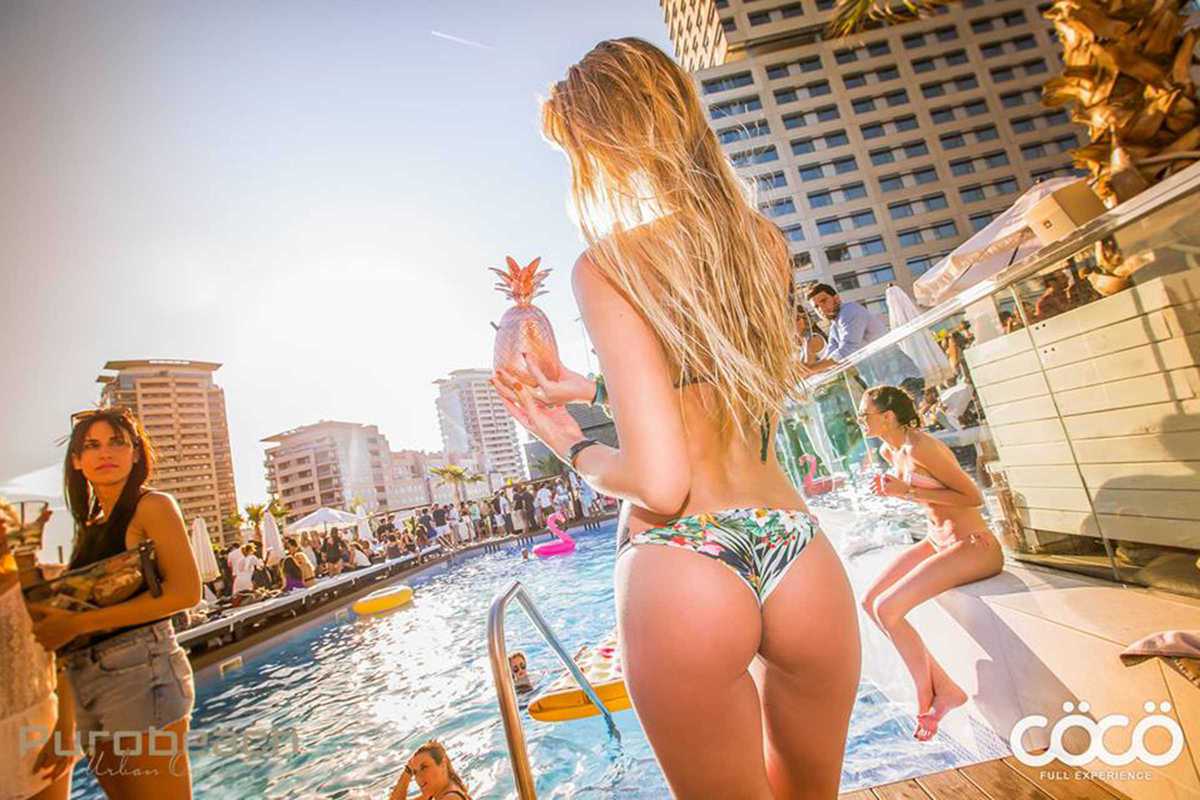 The people behind The Clan (Nuba) and former Caldo de Gallina (Bestial) club nights have launched a series of pool parties this summer at the Purobeach deck of the upscale Hilton Diagonal Mar in Poblenou.

The all-star lineups features DJs Gerard Estadella, Mad Max, Tiger Cruz, Valente and Robert Sevillano. The four-star hotel’s massive 2,800 m2 deck will also provider the setting for some “off-Sónar” events from June 16th to the 18th by The Hidden People.

Not a bad place to enjoy a swim, some sun and the Ibiza-style party vibe. The food and drink aren’t cheap – a burger costs €22, a beer €6 and cocktails from €13 – but it’s free entry (with Facebook guest list or a table reservation) and you can’t beat view.