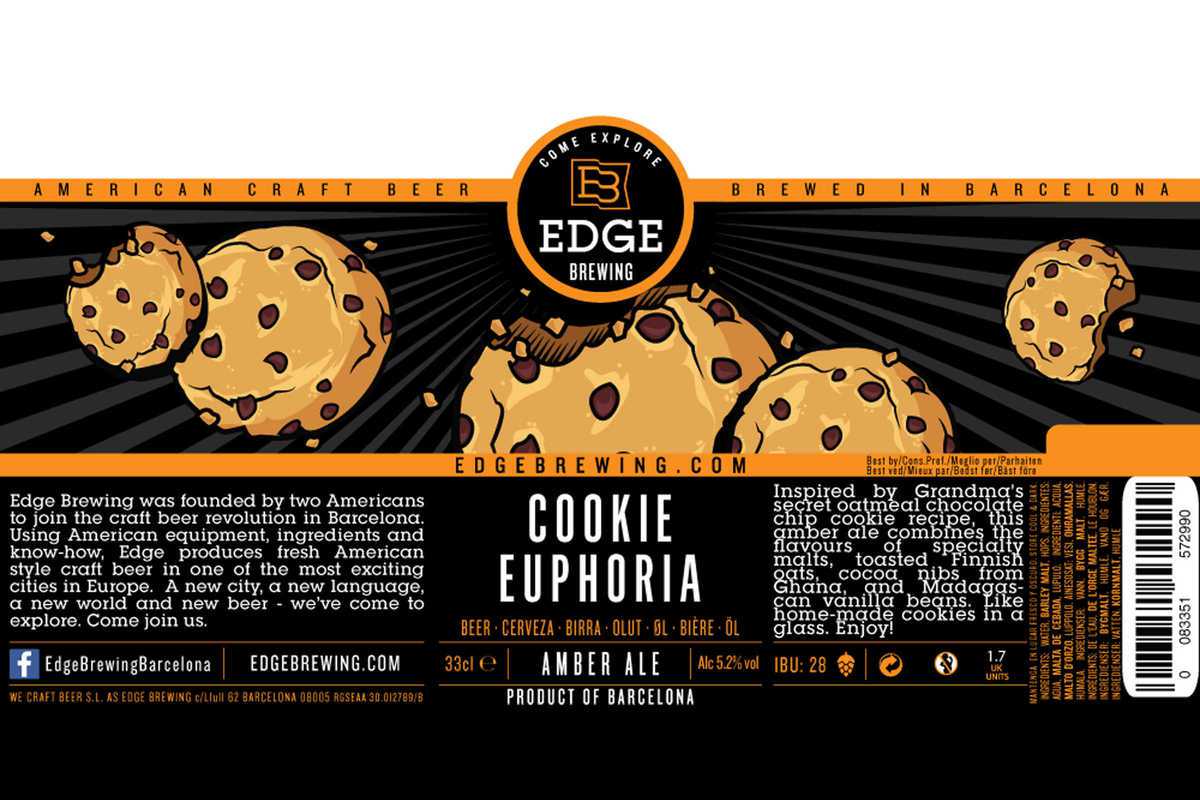 Edge Brewing present their latest creation, Cookie Euphoria, with free pours of the amber ale by head brewer Sean himself. Edge Brewing was founded in Poblenou in 2014 and a year later was awarded Top New Brewer in the world (out of 4,000 new brewers) by RateBeer. Did we mention the free beer?!