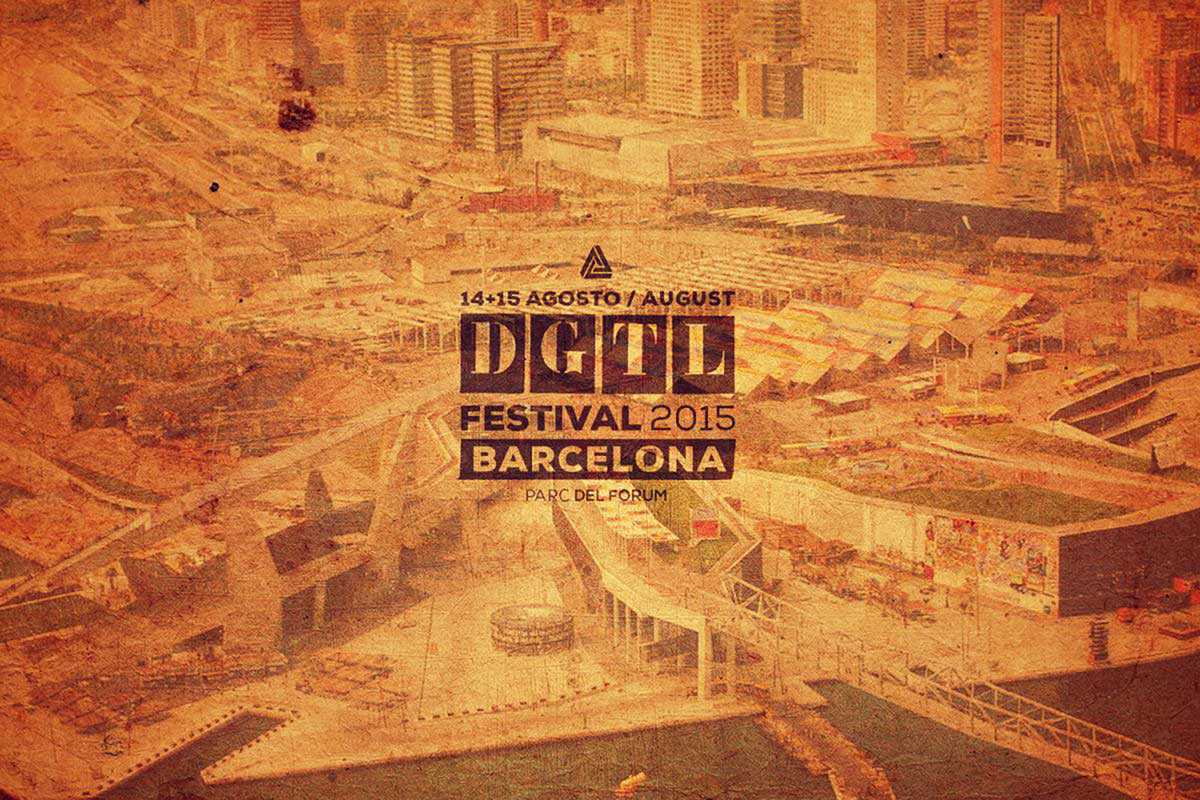 Music festivals don’t have to take place in the countryside; in fact, urban festivals are increasingly popular, from Primavera Sound to London’s SW4. DGTL in Amsterdam is another successful, city-based festival with their last event held in April at NDSM Docklands. Rather than taking a break for summer, they’ve decided to bring the DGTL vibe to Barcelona for a two-day event on Friday, August 14th and Saturday, August 15th.

As the name suggests, DGTL are all about electronic music – towards the techno side with a strong connection to the underground. Their lineups prove that promoters don’t have to book superstar DJs. What discerning clubbers really want are the best international practitioners, not the biggest names. Step up Agoria, Âme, Ben Klock, George FitzGerald, Maceo Plex and Pearson Sound on Friday; and Adam Beyer, Dixon, Henrik Schwarz, John Talabot, Paco Osuna and Ryan Elliott on Saturday. There’s more, of course, with over 40 artists playing across both days.

DGTL are known for their futuristic lighting and art installations, and they will be in full effect in Barcelona with DGTL Art: Lords of Lightning, Bella Berlin, Elsie the Dragon, Magical Lights Parade and HyperCube are among the visual attractions designed to transform the festival into a multi-sensory experience. The location of Parc del Fòrum overlooking the beach and sea is pretty cool too, and both days run from 3pm to 3am, making it a daytime and nighttime experience.

Another essential part of DGTL is their commitment to sustainability. Music festivals aren’t typically environmentally friendly, but this is something which DGTL has tackled head on with DGTL Revolution. Volunteer for the DGTL Trash Army to keep the festival free of plastic waste, or join the Beach Clean Up to help protect the sea. Plastic Waste is the theme of the festival – don’t treat plastic as waste; collect and recycle it into something else. Leaving no trace and improving your ecological footprint really can be part of the festival experience at DGTL.