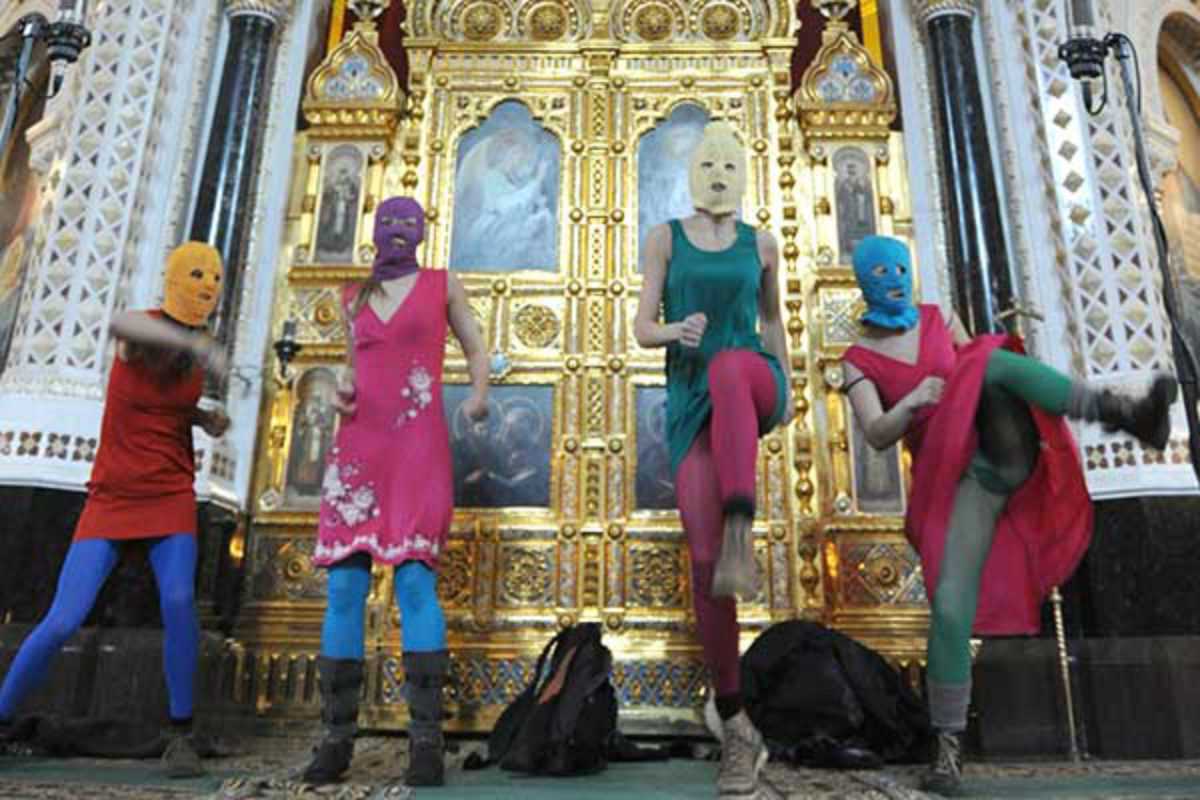 Every Tuesday, Polaroid screens independent documentary works, many of them with a socially responsible theme.

Tonight’s showing is Pussy Riot, A Punk Prayer (2013), a Russian-British documentary that follows the prosecution of Pussy Riot after their anti-Putin performance at a Moscow cathedral. The film won a Special Jury Award for “Punk Spirit” at the 2013 Sundance film festival.