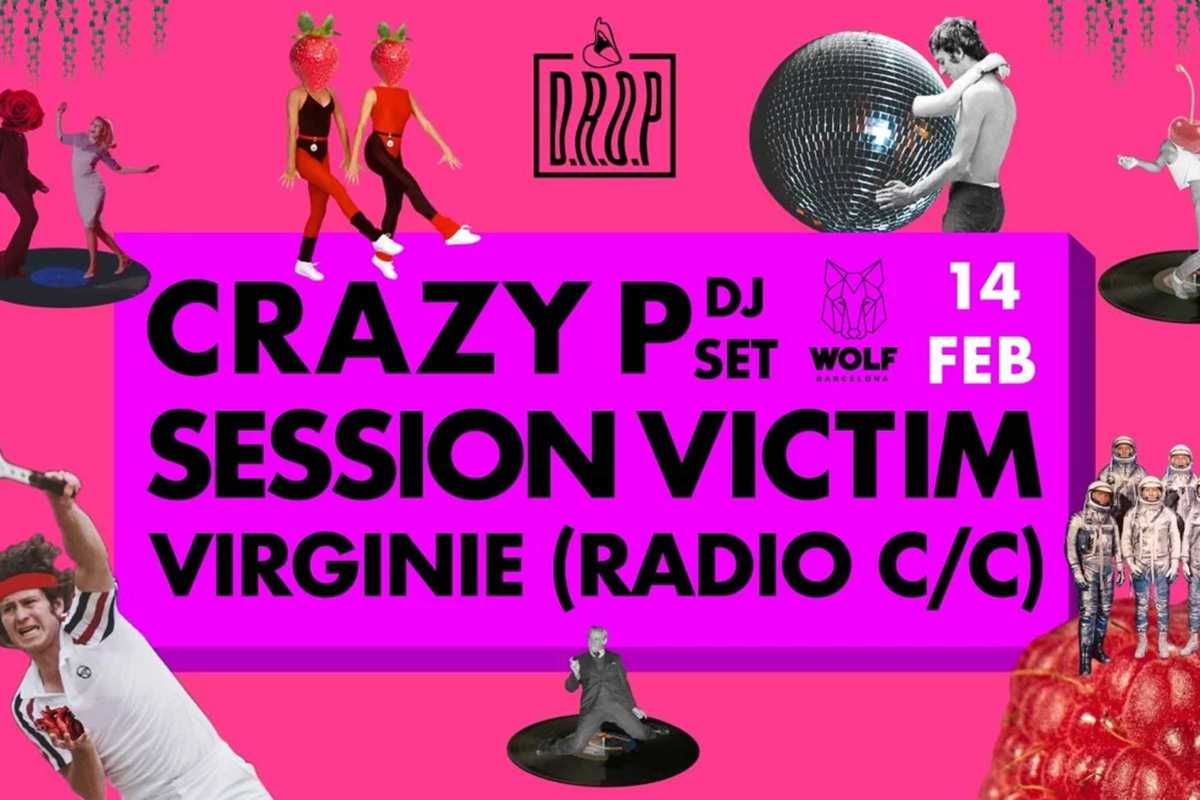 With the creative minds behind monthly party D.R.O.P encouraging open minds, open hearts, passion, compassion and affection, where else are you going to ride the Valentine’s wave until Saturday morning?

Promising to be a hands-on, lust-packed night, it’s all set to be fueled by a lineup that leads with British electronic group Crazy P, with this being their third D.R.O.P. bash and as the first two were sell outs, it’s advised to get those tickets in advance. Crazy P, known for its titillating selections across house and disco, have shared the booth with Jeremy Underground, Honey Dijon, Joey Negro, Horse Meat Disco and Todd Terje.

German house duo Sessions Victim is also splashed across the lineup, set to spin a cascade of vinyl treasures through the system. Regulars to the city with appearances at Razzmatazz and Brunch – in the Park, you might already be sold. Vinyl queen Virginie completes the lineup, and she’ll be bringing plenty of sass with soul, funk, house, disco and Afrobeat. Virginie has played DGTL, Primavera Sound, Sonar and SoundEat.