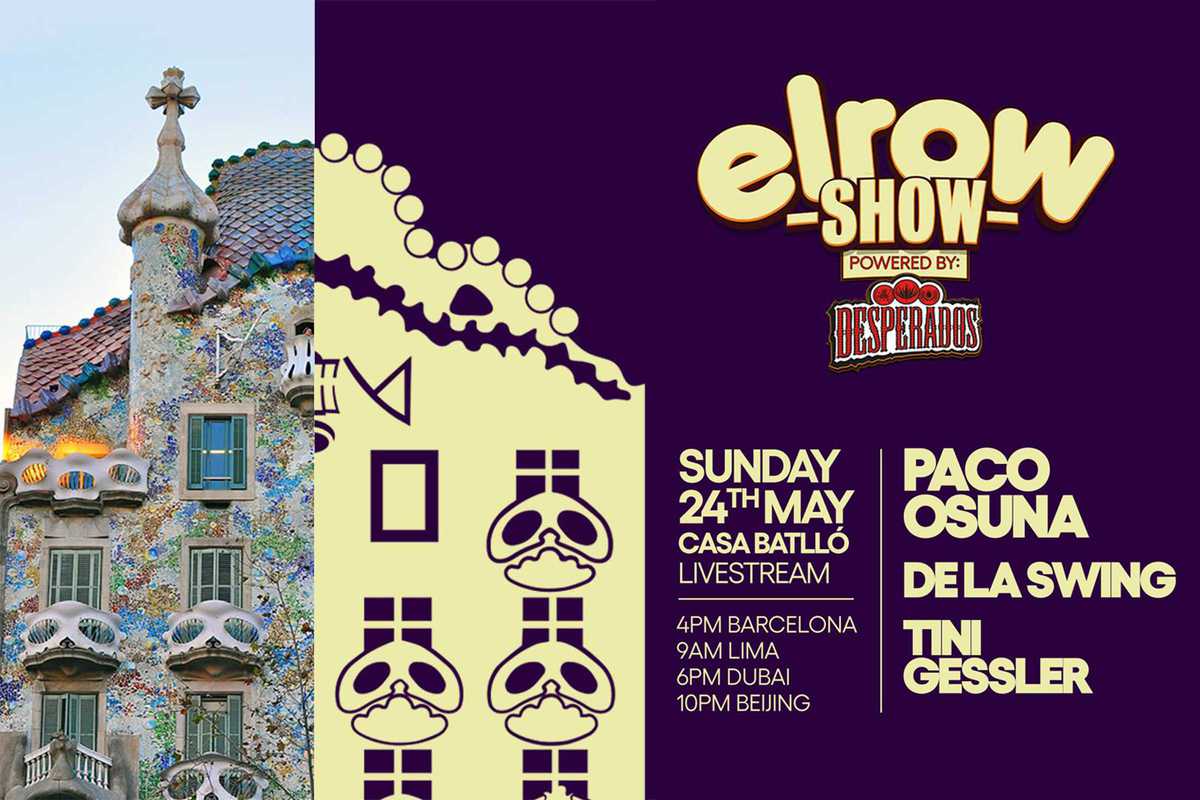 Elrow may have gone on to become a global clubbing phenomenon, but their roots will always be in Barcelona. They’re also known for the flamboyant nature of the parties – think circus actors, crazy decoration and confetti canons – but at the same time they’re deadly serious about playing top quality dance music.

No-one knows how long it will be until clubs open their doors again, but in the meantime Elrow will be doing their best to keep the party spirit alive with Elrow Show featuring four parties streamed live on Facebook from four magical locations. Elrow Show is held in association with Desperados, and the first event will be broadcast from Casa Batlló on Passeig de Gràcia, one of Gaudí’s most iconic Modernista buildings. With its strong sense of color and extravagant beauty, Casa Batlló seems tailormade for Elrow.

The fun begins at 4pm this Sunday, May 24th, with Barcelona’s own Paco Osuna as the special guest. Joining him will be the Elrow residents De La Swing and Tini Gessler, and look out for virtual interactive games and party surprises along the way. The next three installments of Elrow Show will be held at different locations across Spain.