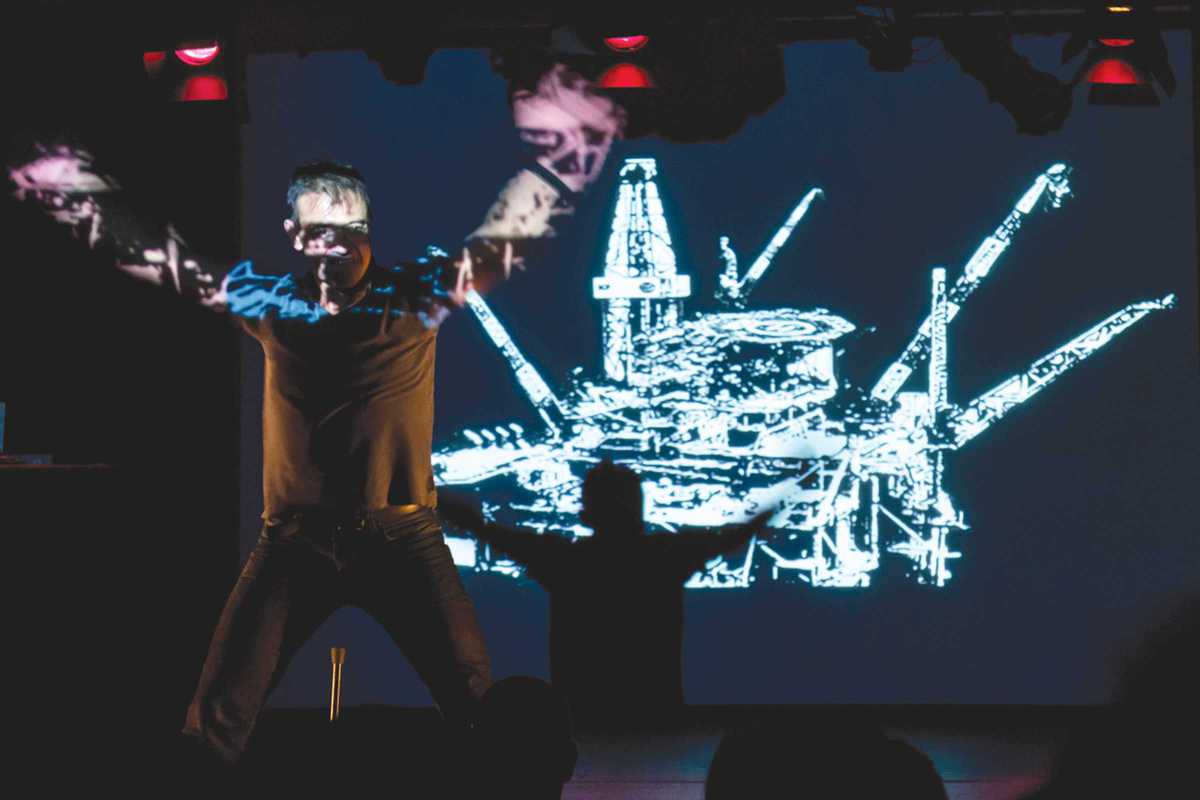 Despite living in different countries, the Spanish industrial duo Esplendor Geométrico – Arturo Lanz and Saverio Evangelista – continue to add material to their impressive body of work with 2016 release Fluida Mekaniko. Formed almost entirely of neo-tribal jams with samples lifted from voices worldwide, the record marks a return to the abrasive rhythms of their ‘90s material. The limited-edition vinyl is already a collector’s item, and should not be overlooked by fans of national experimental music.

Recent touring partners Dive could hardly be described as a support act. Like EG, the Belgian EBM act has also been active since 1980 and is well respected among fans of the darker side of electronic music. The solo project of Dirk Ivens is uncompromising and bleak, characterized by saturated percussion and distorted vocals. He presents his 2017 album Underneath – his first release in over a decade – at this date at Apolo.