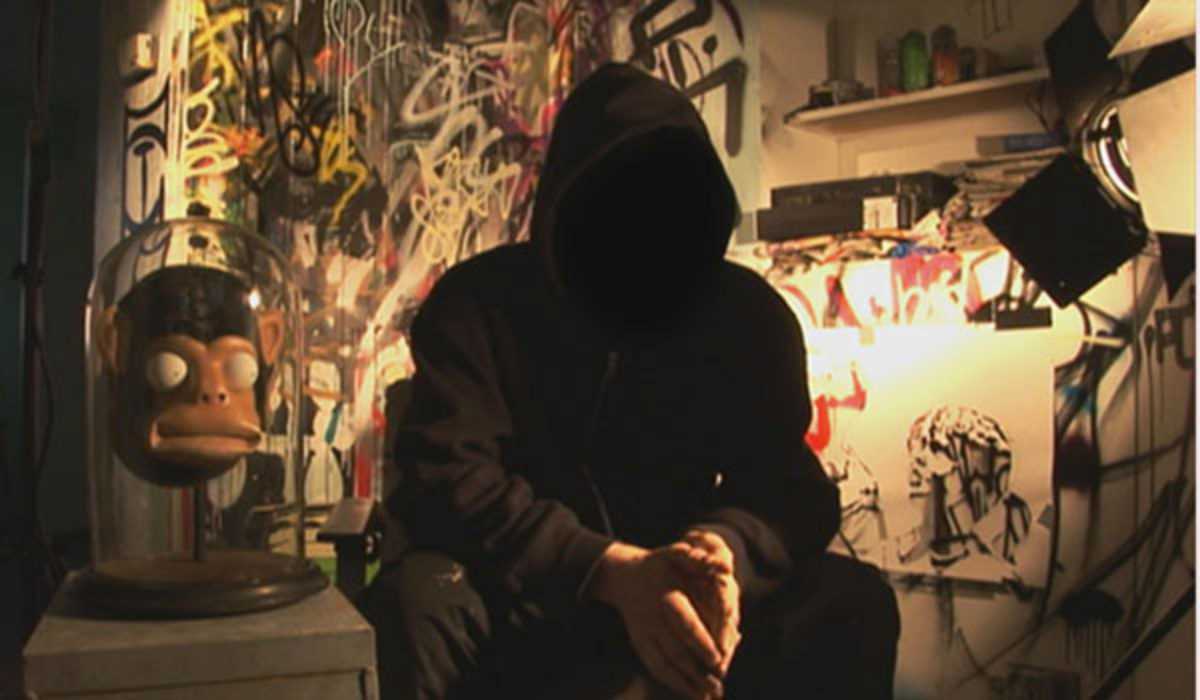 This unmissable Kafkaesque documentary presents the figure of the artist as he is hounded by “the system” and banality of art. Initially we believe we’re watching a documentary made by Thierry Guetta, a French immigrant in Los Angeles obsessed with video who documents his every waking moment on film (although he never watches it), at the request of world-renowned graffiti artist Banksy.

Later, it turns out we’re watching a film made by Banksy himself on the unknown Guetta, who becomes a famous artist overnight. Through the Guetta protagonist, who some believe is Banksy’s own creation, a history of graffiti and the world of street art is told: its entrance into mainstream galleries as well as its commercialization, dilution and imitation.

Whereas in F for Fake by Orson Welles the imposter is credited with the act of artistic “creation,” here it is pure art consumerism that drives it.