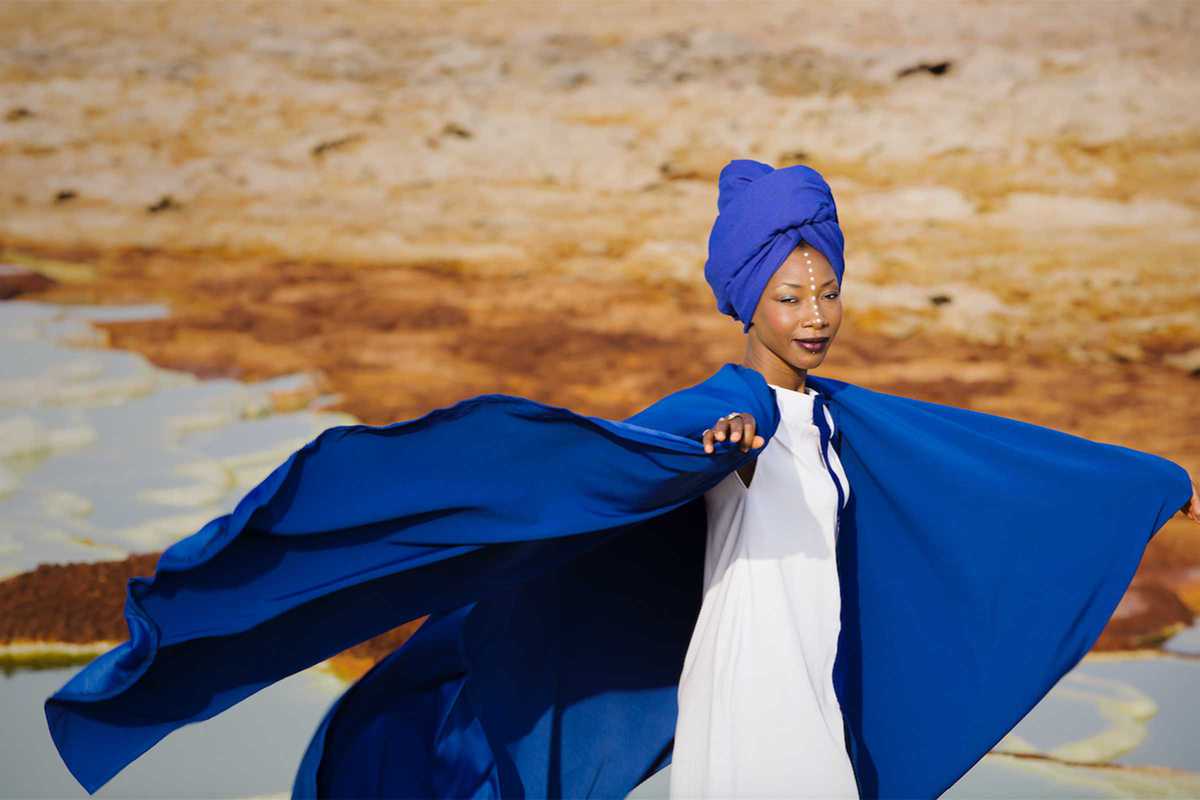 Fatoumata Diawara is a renowned African singer, guitarist and actor that was born in Ivory Coast to Malian parents and now resides in France. She is known for her beautiful and sensuous vocal style, and has been featured on recordings and live performances by Oumou Sangaré, AfroCubism, Orchestre Poly Rythmo de Cotonou, Dee Dee Bridgewater and The Roots.

Her debut album Fatou was released in 2011 on World Circuit. She came to wider international attention in 2012 as a collaborator in Damon Albarn’s Africa Express project, performing alongside Baaba Maal, Amadou & Mariam, culminating with her joining Paul McCartney onstage in King’s Cross, London. Fatoumata has also toured with Cuban pianist Roberto Fonseca, with whom she released a live album At Home in 2015.

Her new album Fenfo will be released on May 25th and is preceded by the single “Nterini” – watch the stunning video on YouTube.