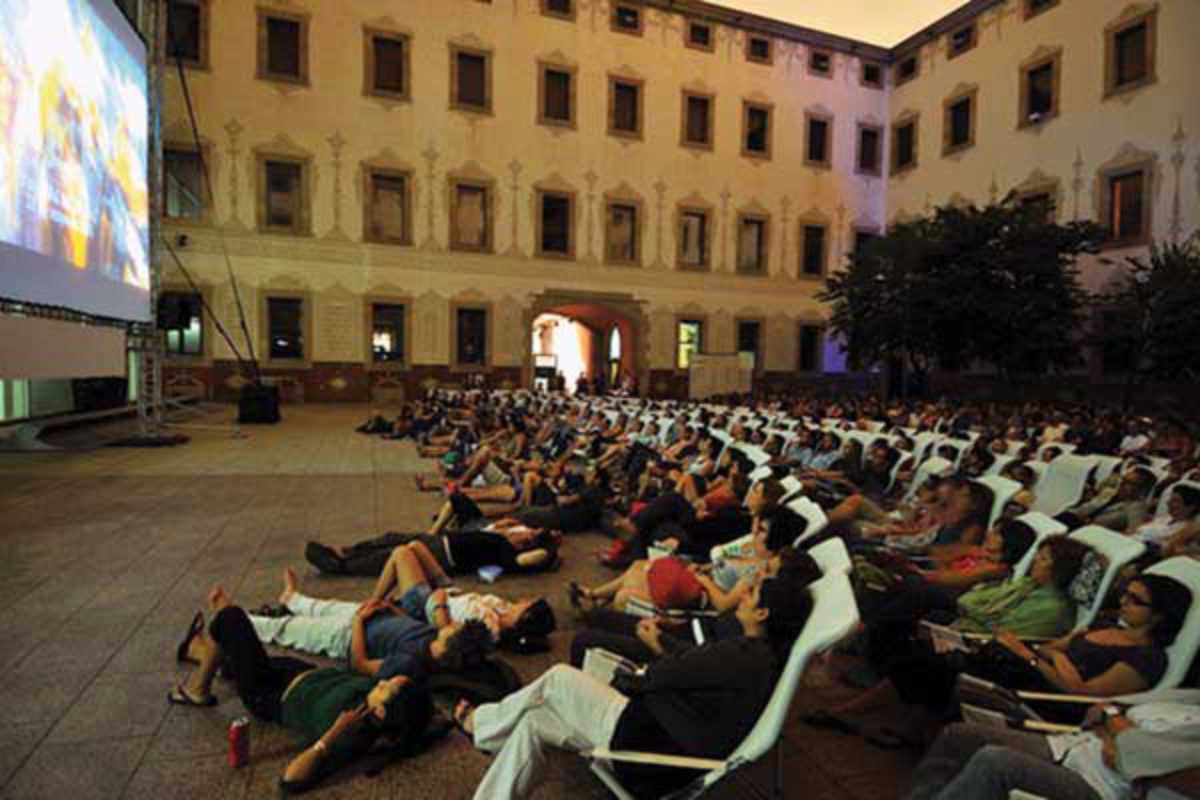 The CCCB returns with another August of open-air cinema in its Pati de les Dones. Gandules is committed to screening distinguished films, many of which sadly made only brief appearances in commercial theaters. The theme for this 13th edition is love, since, according to Gandules, love stories are our favorite summer viewing. For the occasion, Gandules have set out a “Love Roulette” – spin it to find out what kind of kiss to give.

Among the highlights from this year’s program are the masterpiece 1927 Soviet silent film Bed and Sofa (August 4th), accompanied by live music by Mamut Cinema, 2011 British romantic drama Weekend, which tells the story of two men who begin a relationship shortly before one plans to leave (August 19th), and the recently released Spanish drama Los exiliados románticos (August 21st), on the search for love by three friends on a road trip. Each session starts with a short film; all films are shown in their original version with Spanish subtitles.

This is a great option for relaxing on a summer weeknight. But if you want good spot, you’d better get there early. This plan is too good to go unnoticed.