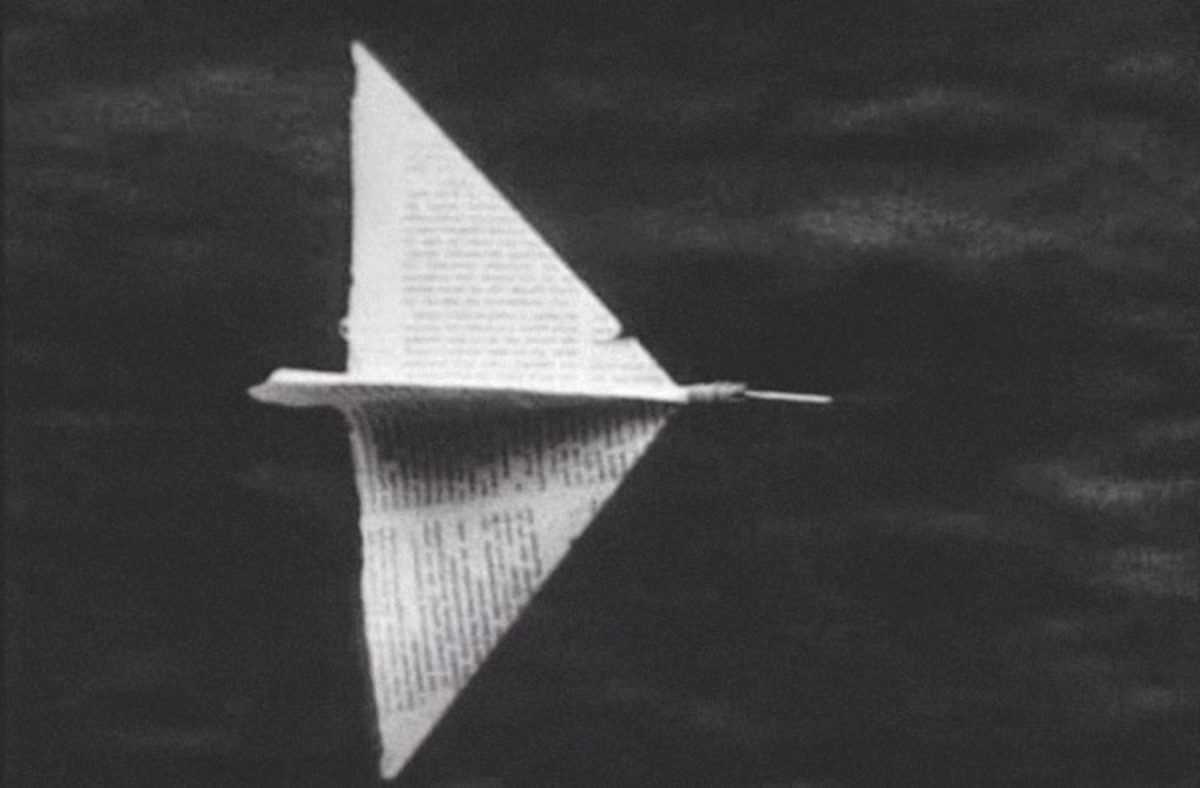 Even though galleries usually display works of visual art (which are easier to sell), sometimes the white cube hosts hybrid offerings. Such is the case with 4 Films from 1967–1997, an homage to German filmmaker Harun Farocki curated by his widow Antje Ehmann. The audiovisual project stands halfway between an art exhibition and a film screening. The four films show the great stylistic variety of Farocki’s early works.

The Words of the Chairman (1967, 3 min.) is a short film structured as a commercial featuring Quotations from Chairman Mao Tse-tung, one of the most iconic political books of the twentieth century. In the film, made two years after Quotations was published, the book becomes a weapon that quickly vanishes. Farocki says the film “takes a metaphor literally: words can become weapons. However, it also shows that these weapons are made of paper… I think people understood then that over-obviousness is also a form of irony.”

Some problems of anti-authoritarian and anti-imperialist urban warfare in the case of West Berlin or: Their Newspapers(1968, 17 min.) continues the exploration of politics, taking postwar West Berlin as a reference. The film once again analyzes the power of words, this time raising its voice against Axel Springer, the press group that dominates the German newspaper market.

Jean-Marie Straub and Danièle Huillet at Work on a film based on Franz Kafka’s Amerika (1983, 26 min.) is a tribute to Farocki’s mentors, who he openly idolized. This film stands out as a statement against traditional cinema and represents a new form of Marxist film.

The Expression of Hands (1997, 30 min.) is an astonishing visual essay on the significance of hands throughout the history of cinema. Farocki carefully compiles and analyzes a selection of hand close-ups and attempts to decode the language of hand gestures in film.

L’Alternativa will also screen Sauerbruch Hutton Architects (2013), Farocki’s last film before his death on July 30th of this year.