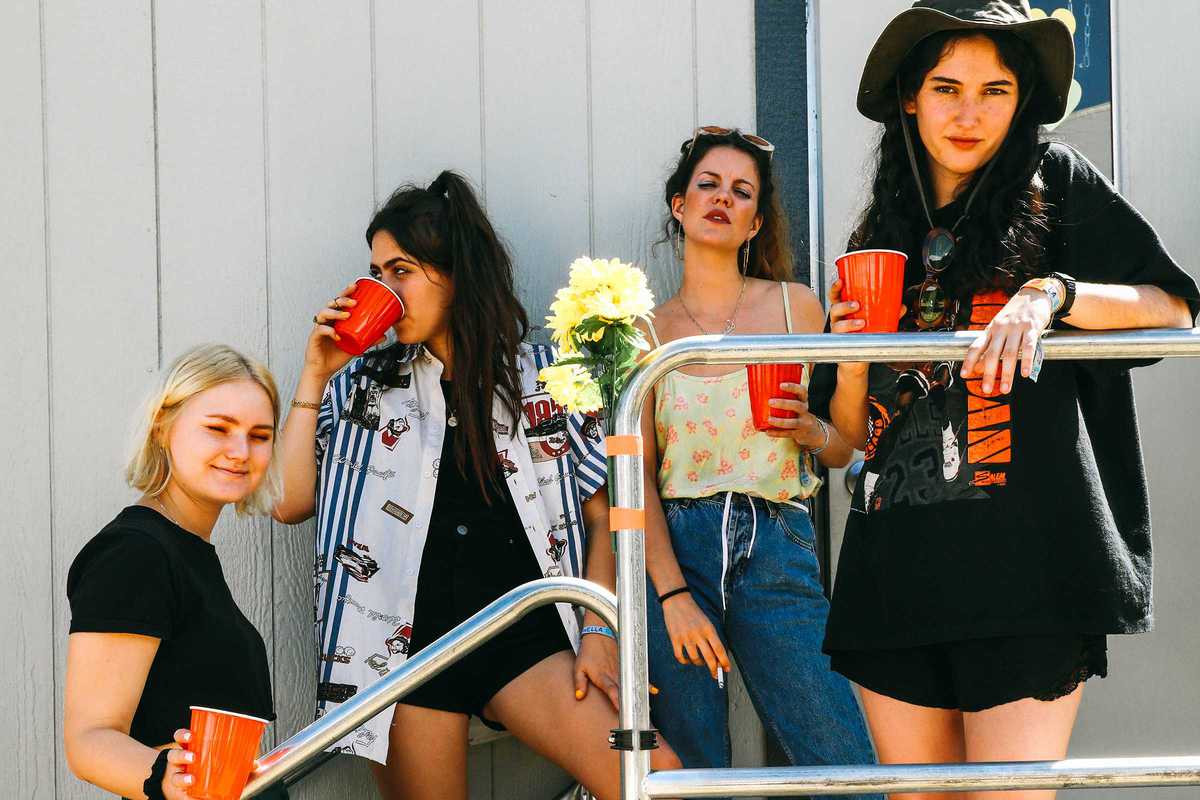 Of all the bands to have emerged from Spain’s indie-rock scene in the last few years, the one to have met with the biggest international success and recognition would easily be Hinds.

Hinds are a four-piece, all-female group from Madrid with an endearing lo-fi / garage punk style that has won them fans around the world. They released their debut album Leave Me Alone in January 2016 and have toured extensively in Europe, Australia and the US. They’ve played at prestigious festivals such as Coachella, Benicàssim, SXSW and Glastonbury and supported artists like The Vaccines, The Libertines and Black Lips.

Their most recent single was a cover of Kevin Ayers psychedelic pop classic, “Caribbean Moon” from 1973 and they are currently working on their second album. It’s onstage that Hinds really come into their own, with Ana, Carlotta, Ade and Amber bringing their unique blend of high energy pop-punk to the fore. Be sure to catch them in the intimate setting of Apolo [2] on this Spanish tour.