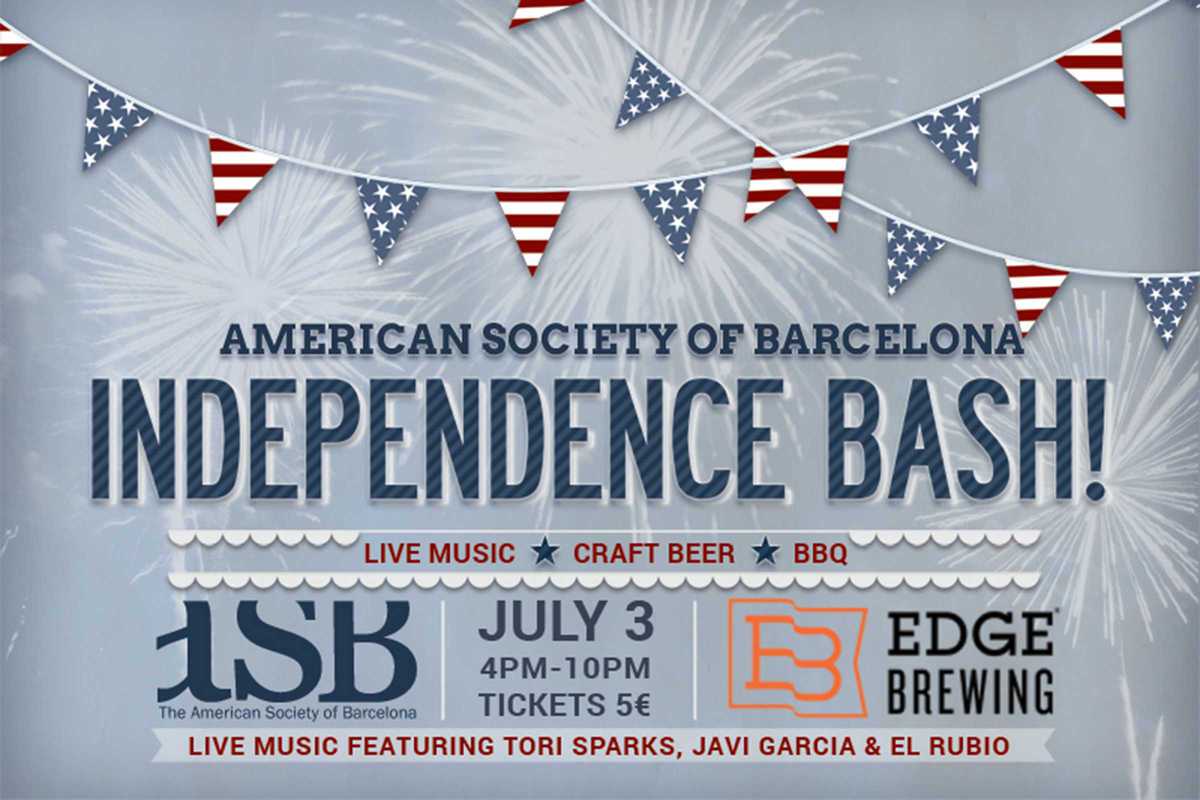 The American Society of Barcelona celebrates the 4th of July with this Independence Day party at the American-founded Edge Brewing, voted best new brewery in the world in 2014 by RateBeer. Sample quality brews like the Edge Hoptimista (IPA), Flor de la Vida (American Pale Ale) or Molaweiss (wheat beer); the first 200 attendees arriving by 5:30pm will get a free beer. Accompany with a finger-lickin’ good pulled pork or pulled beef sandwiches by the amazing Chivuo’s.

As in year’s past, Barcelona-based American singer-songwriter Tori Sparks will open the proceedings with her powerful rendition of the American national anthem and keep the night rocking with her bandmates Xavi García from Calamento and guitarist El Rubio playing an original mix of flamenco and American folk, rock and blues.

The event is kids-friendly (entry for children under 12 is free, 12- to 17-years-old €3) and there will be a raffle held in support of Casa Ronald McDonald, a non-profit that supports children receiving medical treatment away from home. American Society events are open to members and non-members alike and welcoming to people of all nationalities. So come down for some great music, food and beer.