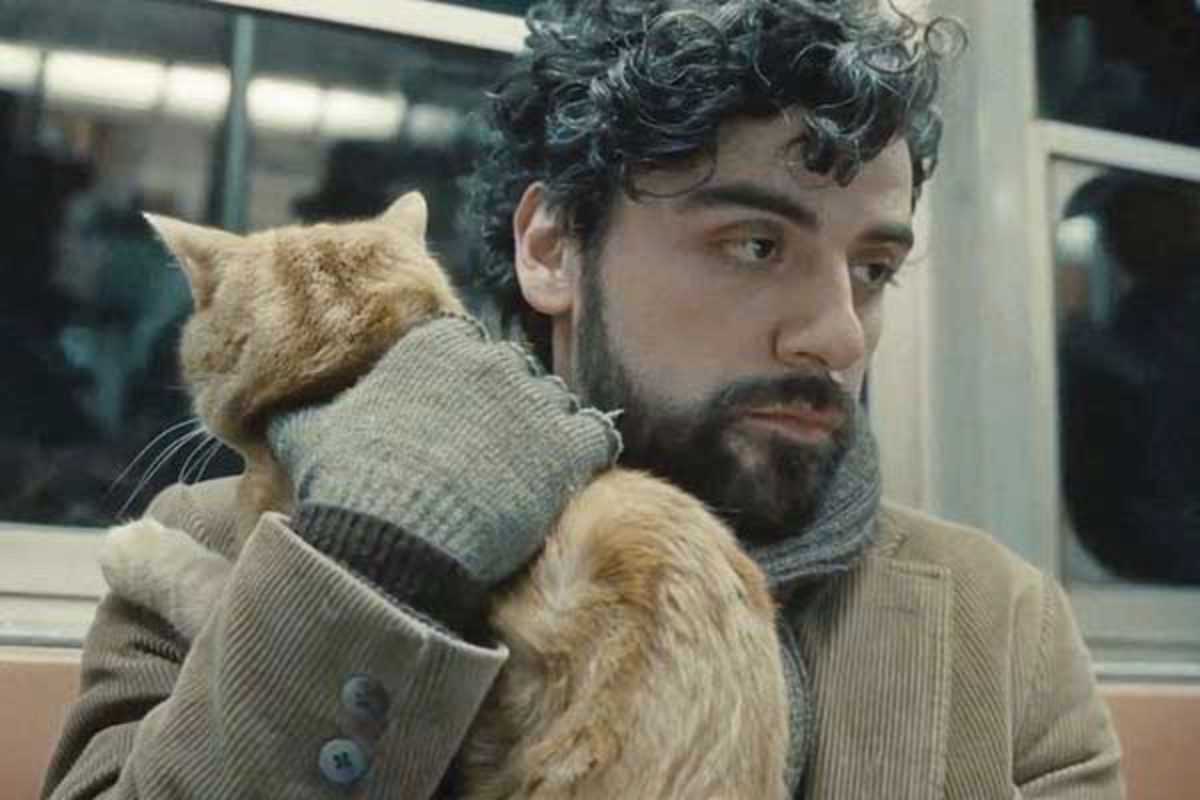 A snow-spattered New York City is the stage for the faltering dreams, unfortunate luck and bad decisions of Llewyn Davis, a struggling folk singer who couch-hops and cat-carries his way through a week in 1961 Greenwich Village. Played by Oscar Isaac with a skill that will inspire awe and jealousy in acting students, the character is poles apart from the warm-hearted, well-meaning ex-con Isaac embodied in Drive.

Llewyn is grudgingly helped by a dark-haired Cary Mulligan, who seethes and spits her lines like a pan forgotten on the hob. The butter-wouldn’t-melt-in-her-mouth roles that propelled her to stardom have been cast aside here in favor of a simmering rage that offsets Llewyn’s sulky nonchalance nicely – and the negativity of both is humorously underpinned by the cheerful simplicity of Jim (played by Justin Timberlake, who’s turned out to be such a damn good actor that his days of dancing on a car for ‘N Sync videos seem like another world).

The story is bleak, complemented beautifully by the Coen brothers’ cinematography that’s just earned them an Oscar nomination. Llewyn him­self stumbles from one setback to the next, his stubborn conviction in the authenticity of folk music preventing any real financial or material recompense for his troubles. He’s taunted with the success of his peers, thinly veiled representa­tions of actual artists who are teetering on the edge of fame.

Llewyn is pitiable at best, dislik­able at worst, but something about his circular, self-inflicted misfortunes inspires an empathy that will send viewers out of the cinema feeling something more profound than gloom – which is lucky, because no one wants to spend 10 euros to feel depressed. Inside Llewyn Davis is windswept melancholy interspersed with moments of warm humor, a bleak tale punctuated with pensive, evocative folk. It’s a bittersweet pleasure to see inside this not-so-heroic hero.