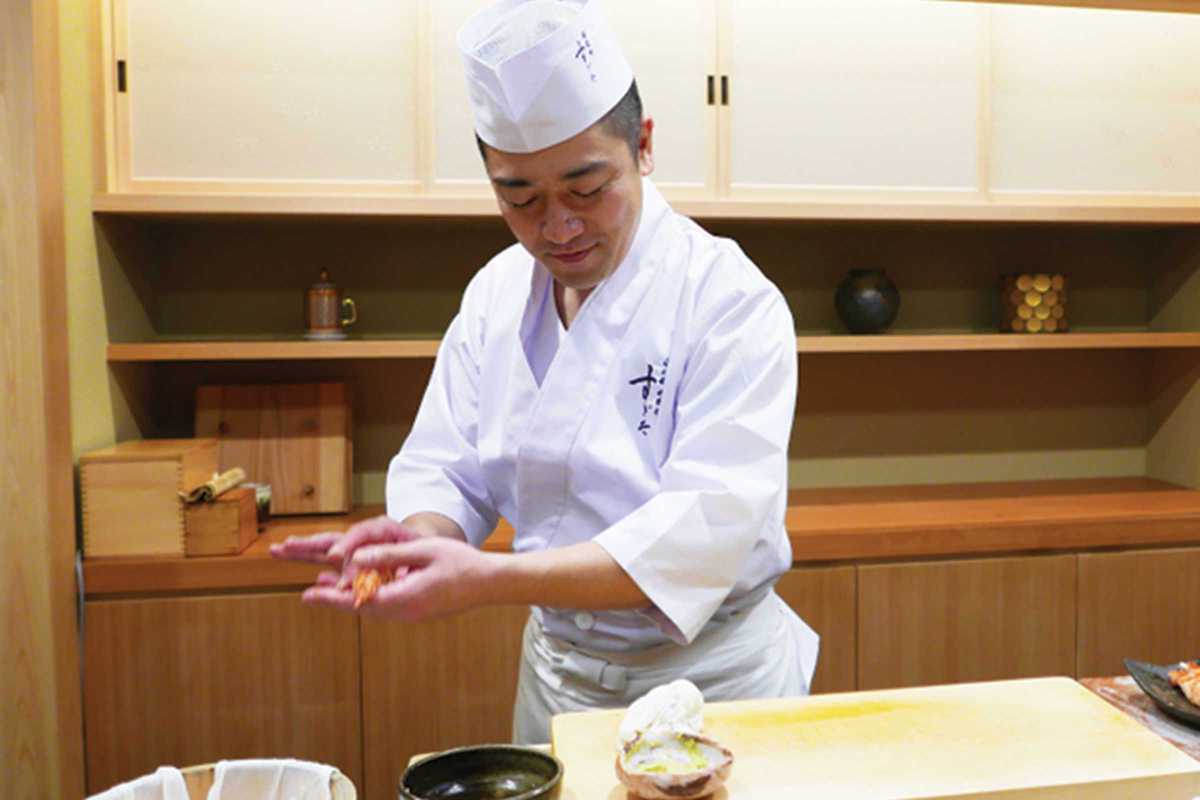 Anyone who’s been torn between ordering tataki or tartare de atún will appreciate that though they’ll appear together on a menu in Barcelona, the Japanese and Spanish are not often culinary bedfellows.

Proving they should be (tempura came to Japan via Portuguese and Spanish missionaries), three renowned Japanese chefs are taking over a series of kitchens in Barcelona and Ibiza. Each a master of a different cuisine, barbecue big shot Kentaro Nakahara, sushi chef Takaaki Sugita and Yakitori titan Yoshiteru Ikegawa own between them a Michelin star restaurant, Tokyo’s best restaurant and its most popular sushi joint. For one week the shokunin supergroup will collaborate for the first time outside Japan – using Spanish ingredients.

The twist? They will be joined by Michelin rock star chef Albert Adrià at Pakta, then move onto the Mandarin Oriental and Ibiza. “Spain has thousands of dedicated shokunins,” explains curator Aiste Miseviciute. “Just instead of making sushi, they are cooking arròs a banda – rice in fish stock.”