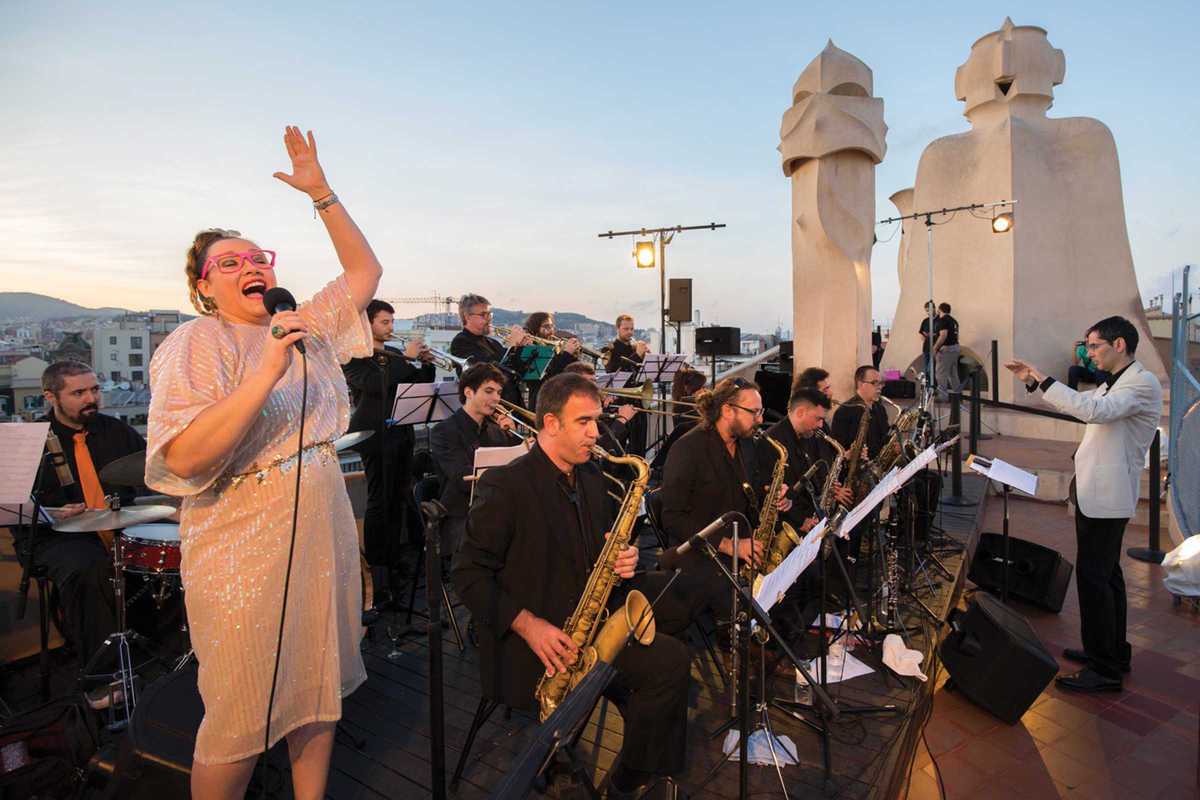 Gaudí’s Casa Milà (also known as La Pedrera) is one of the most iconic buildings in the city, and a hugely popular site on the Barcelona tourist trail. It’s no surprise that it’s been declared a World Heritage Site by UNESCO, with its unique, quarry-like appearance making it a must-see for international and local visitors alike.

On Friday and Saturday evenings, La Pedrera presents a series of evening jazz sessions with local talents playing live on the building’s emblematic rooftop. This year’s program opens with the SuperSax Project before featuring the Drop Collective, Joan Codina Sextet and Gemma Abrié this month.

Entry also includes a visit to Espai Gaudí – a space with models, audiovisuals and other objects providing an overview of Gaudí’s work – as well as a glass of cava on the rooftop. This summer, a live soundtrack in an unforgettable setting will be the best way to enjoy a night out in Barcelona.