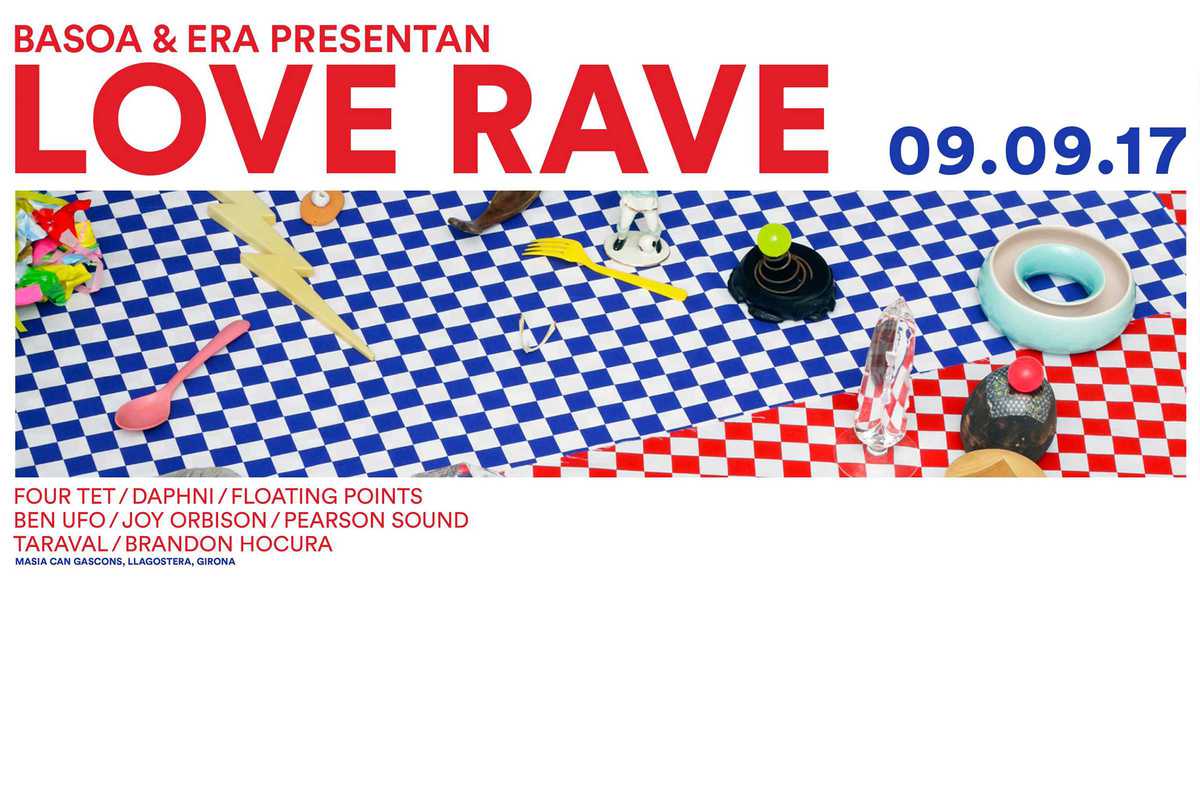 If summer festivals haven’t satisfied your hunger for music, a 14-hour rave is due on September 9th in the green outskirts of Barcelona with some of the DJs who reinvented rave culture and are keeping it alive today. The lineup features world-beaters of genre-crossing such as Ben UFO, who ranges from bassy cuts to spicy house; Hessle Audio affiliate Pearson Sound and old-school jungle and UK garage master Joy Orbison.

Longtime friends Floating Points, Four Tet and Daphni, who used to throw impromptu parties in London where they showcased their obscure and unpredictable selections, are also scheduled for the event. Last but not least: Taraval, a young producer who debuted on Four Tet’s TEXT with slick acid techno and soulful house and the Toronto record digger Brandon Hocura, founder of Invisible City Editions, a label focused on reissuing rare records around the world. Forget your Shazam as you won’t be able to find the tracks – and switch to the rave mood!