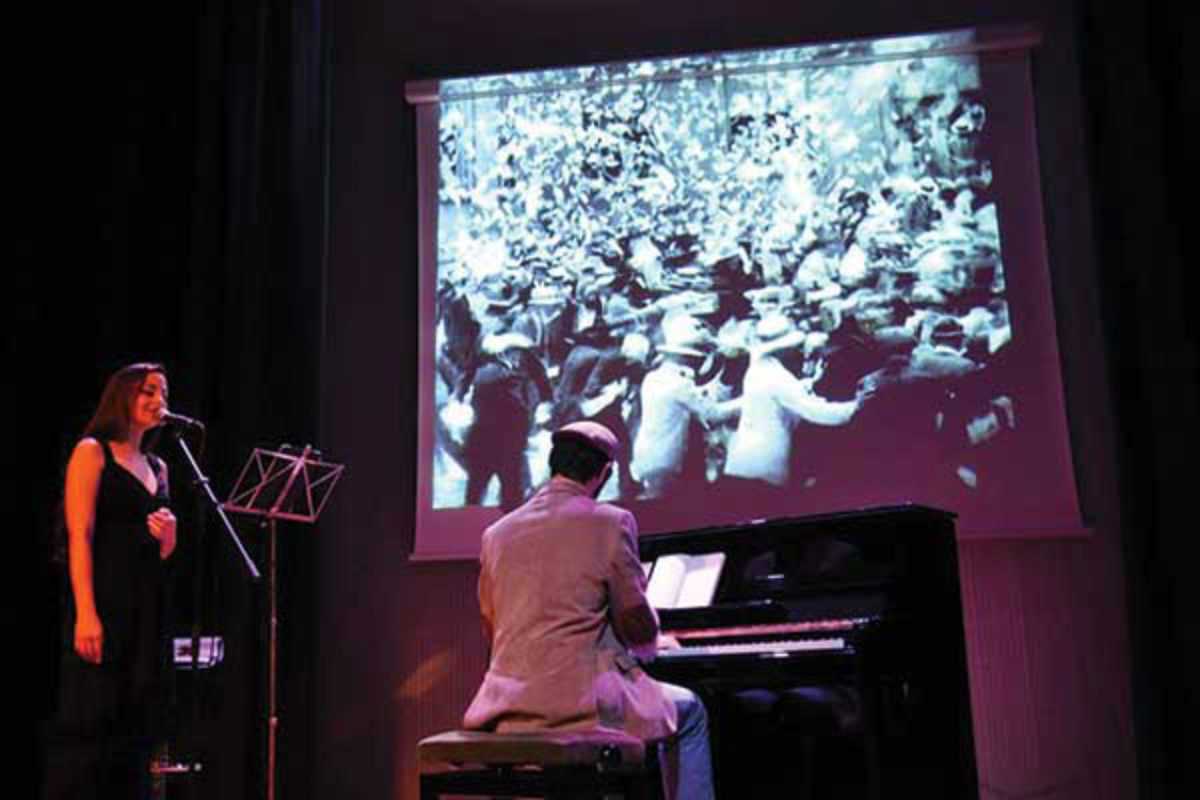 Anna Francesc and Max Villavecchia present Música per a cinema mut, an experimental format that blends musical montage with silent cinema. The pair produce collections of musical pieces in several languages and from various genres that become soundtracks for silent films.

Each hour-long concert presents one of three films: American comedy The Cameraman with Buster Keaton, the Soviet Expressionist Man with a Movie Camera by Dziga Vertov or the avant-garde Berlin: Symphony of a Metropolis (showing on July 5th) by German director Walter Ruttman.

Each features its own arrangement, ranging from classical compositions to folk music to popular songs, blending the likes of Rachmaninov with contemporary music by The Beatles. The montage creates a common thread and tool for communication between the film and audience.