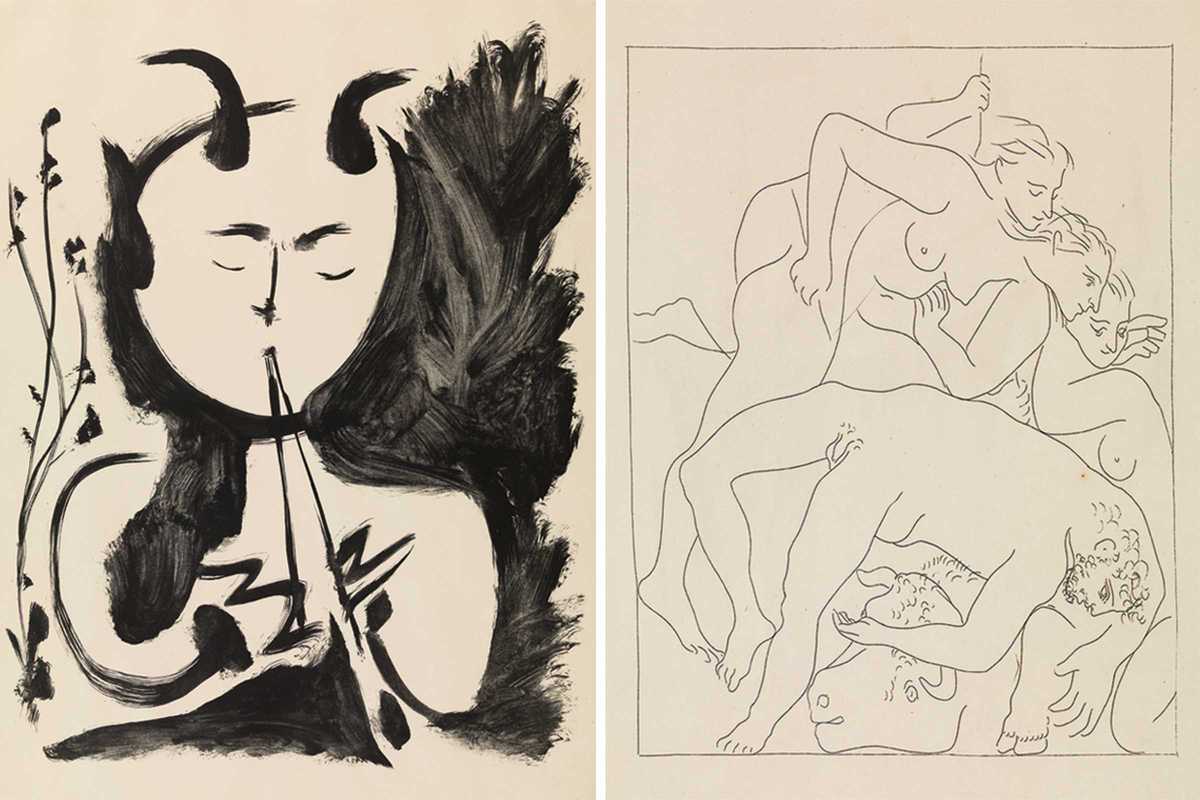 In this show, Picasso’s graphic works are brought together under the theme of mythology. It’s a subject that features in his first preserved drawing, Hercules (1890), about the legendary Roman hero. Picasso explored this fertile topic through a series of prints elaborated with techniques like etching, aquatint, drypoint, lithography and linocut.

The freedom of his brushstrokes and sublime shading gave an expressive sense of life to the mythological figures that became his protagonists. Through his illumination of figures like Apollo, Nestor, Pollux, Poseidon, Zeus, the Minotaur and other fantastic beings such as centaurs, fauns and muses, Picasso explored the realities and dualities of life, such as pleasure and pain, but also those that make us most human.

In his narration of these myths and stories, Picasso examined both the mundane and the profound, from legends explaining phenomena of nature to the moral qualities of man and his social experiences.