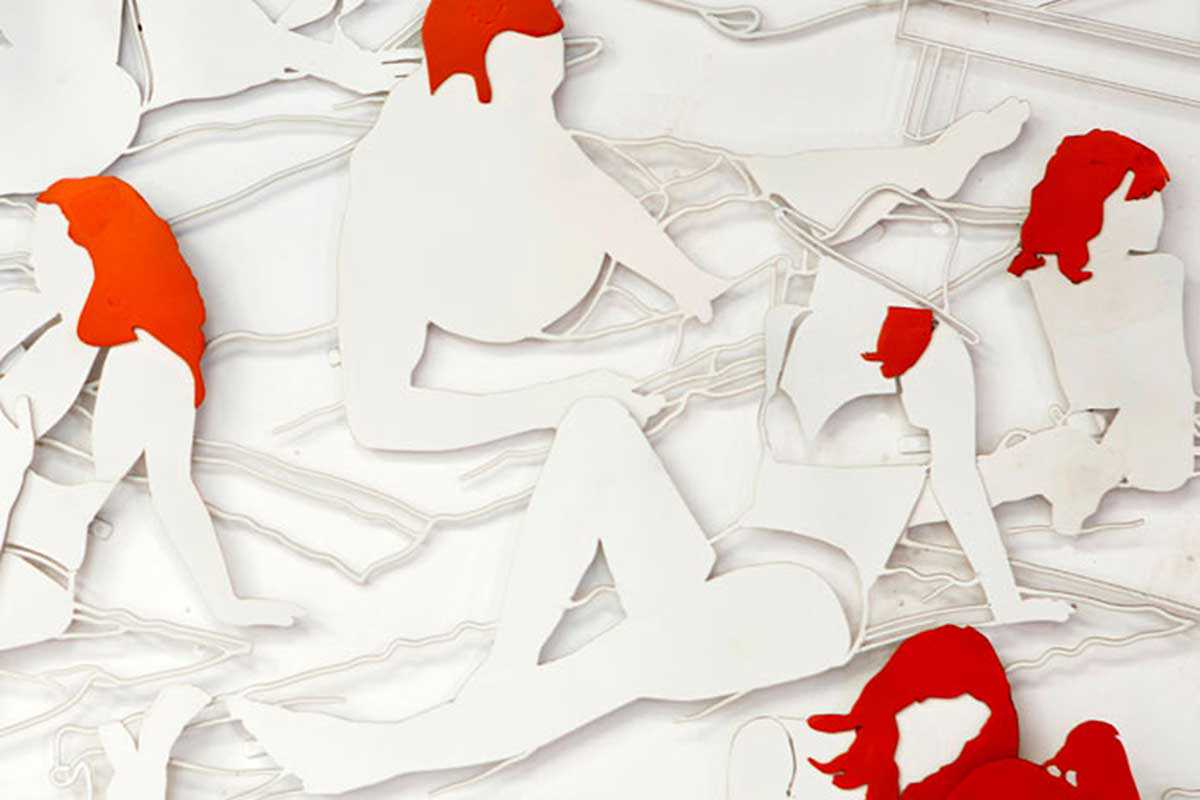 “Oh, the humanity!” was the anguished lament of radio reporter Herbert Morrison as he watched the Hindenburg burst into flames in 1937… and it is the point of departure of American artist Frank Plant’s solo exhibition, that opened on Thursday, October 22nd at 7pm.

The Barcelona-based artist works mostly in steel (incorporating other materials such as paint, wood and found objects), crafting powerful sculptures that are “about physical and social observations.” Fire is the medium through which the artist – a modern alchemist – welds brute steel into intricate works, perhaps as Morrison made of a terrible disaster a poetic, if tragic, memory.