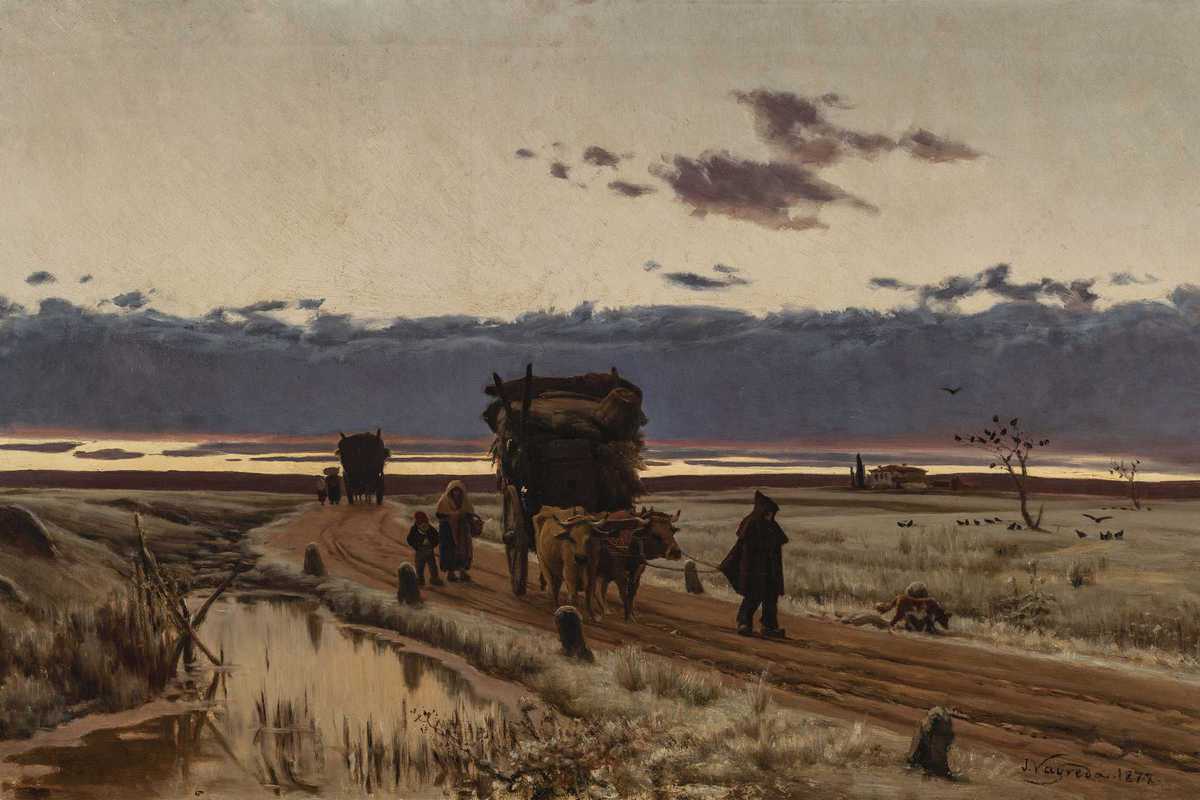 The Olot School was a 19th century Realist landscape painting group from Catalunya, similar to the French Barbizon school which influenced founders Joaquim and Marian Vayreda. Several of the school’s distinguished paintings are on display at MNAC, while a larger body of work may be seen at the Garrotxa Museum in Olot.

Now, Fundació Vila Casas, who focus exclusively on Catalan art, present the group from a different angle, as the provocatively titled exhibition – Olot School. “Fake News” with 150 years of history – suggests. Curator  Xavier Palomo argues that “neither Joaquim Vayreda is the Holy Founder of the pictorial virtues of the late 19th century, nor are all Olot paintings from the post-War years the deplorable slips of a glorious past,” as was promoted according to political and ideological interests.

Through the exhibition narrative, Palomo questions established conceptions regarding the school that derive from the propagandistic strategies of Primo de Rivera and Franco’s regimes to promote an idyllic image through the genre of landscape art. The exhibition deconstructs this fake image in order to return the works and artists to their corresponding spaces.

Hence, in addition to exhibiting the well-known landscapes of the Olot School, the curator also presents avant-garde and critical works that draw a more complex and truthful picture of their era.