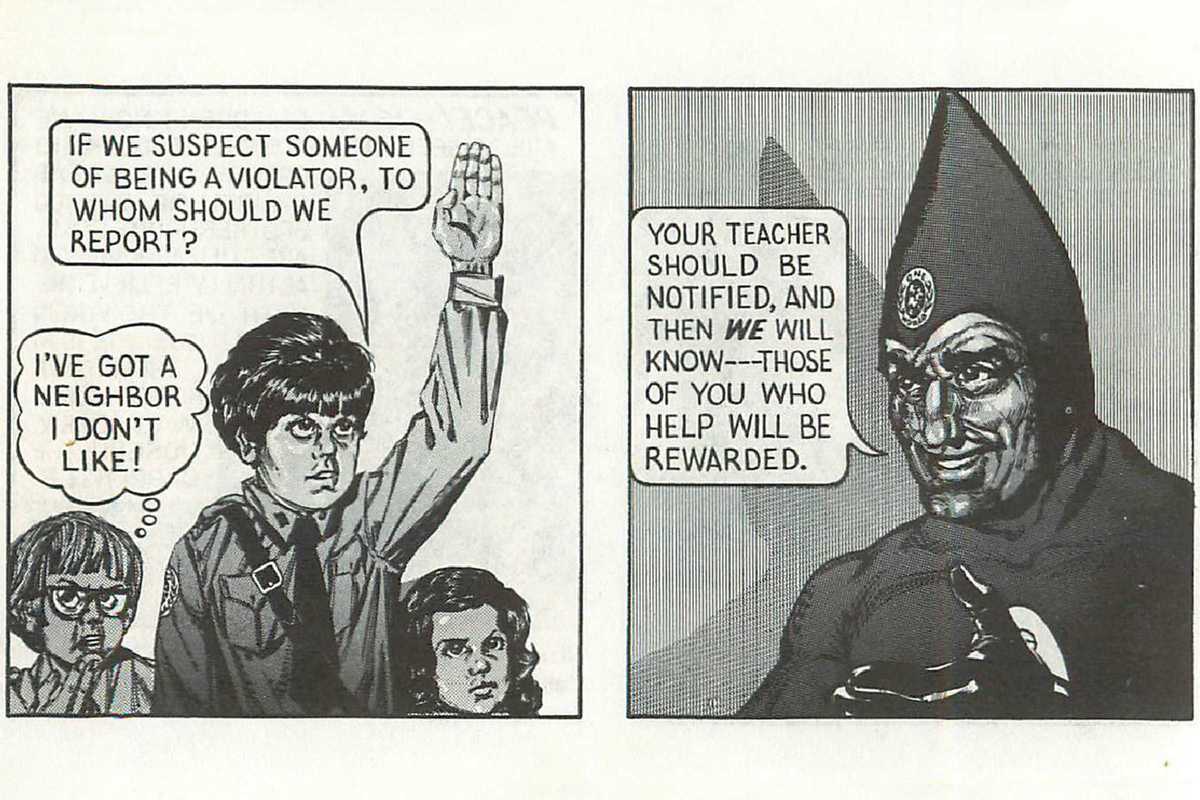 Jack T. Chick is the subject of Sálvese Ud. Mismo (“Save Yourself”), one of the most curious exhibitions in Barcelona this fall.

The 92-year-old evangelical artist could be described as a cult figure on the cartoon circuit, if you consider the three-quarters of a billion individuals worldwide who have invested in his works a cult. His fire-and-brimstone cautionary tales are offensive to virtually all faiths and lifestyles, apart from his own preferences for the pre-1611 teachings of the Bible, yet some can see the funny side in such fervently bizarre beliefs. Women, Jews, Muslims, Freemasons, communists: no one is safe from his illustrated ire.

Comic store Fatbottom’s miniature exhibition space in the Raval will house a dedication to his output organized by CCCCC and runs from September 30th to December 31st (dates have been extended) – although Chick himself would certainly not approve.