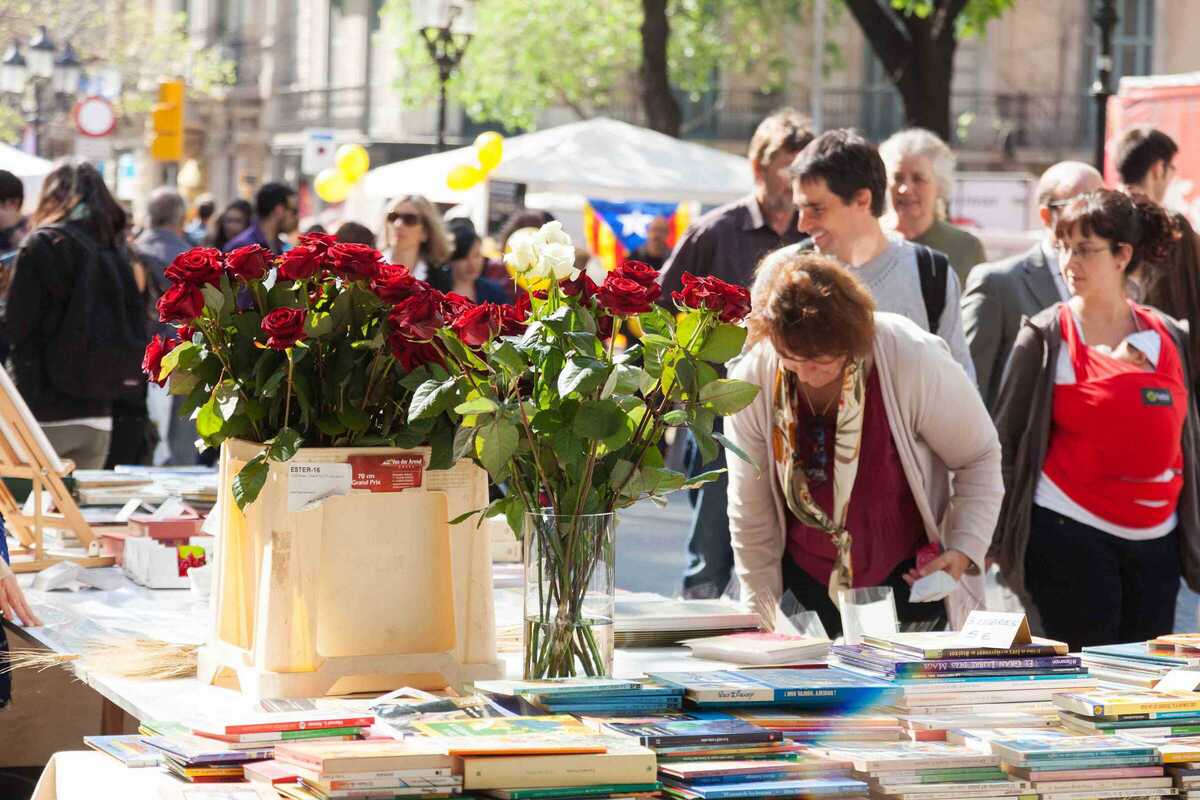 This is one of the most keenly anticipated and widely celebrated Catalan public holidays.

According to the traditional tale, Sant Jordi (Saint George) killed the dragon, thus saving the king's daughter from death. Legend has it that a rose bush sprang up in the spot where the dragon's blood was spilled. Since then, the day has become synonymous with this legend and more recently a literary tradition of exchanging books in honour of Miguel de Cervantes and William Shakespeare who both died on April 23rd.

Custom dictates that men give women roses, and women give men books - an estimated 6 million roses are sold on the day, alongside 400 thousand books! This year, for the first time, the centre of Barcelona will become one big Superilla (street block). You’ll be able to find everything from the latest publications to renowned writers signing copies of their work.Other activities include processions and dancing the Sardana, the emblematic Catalan dance.