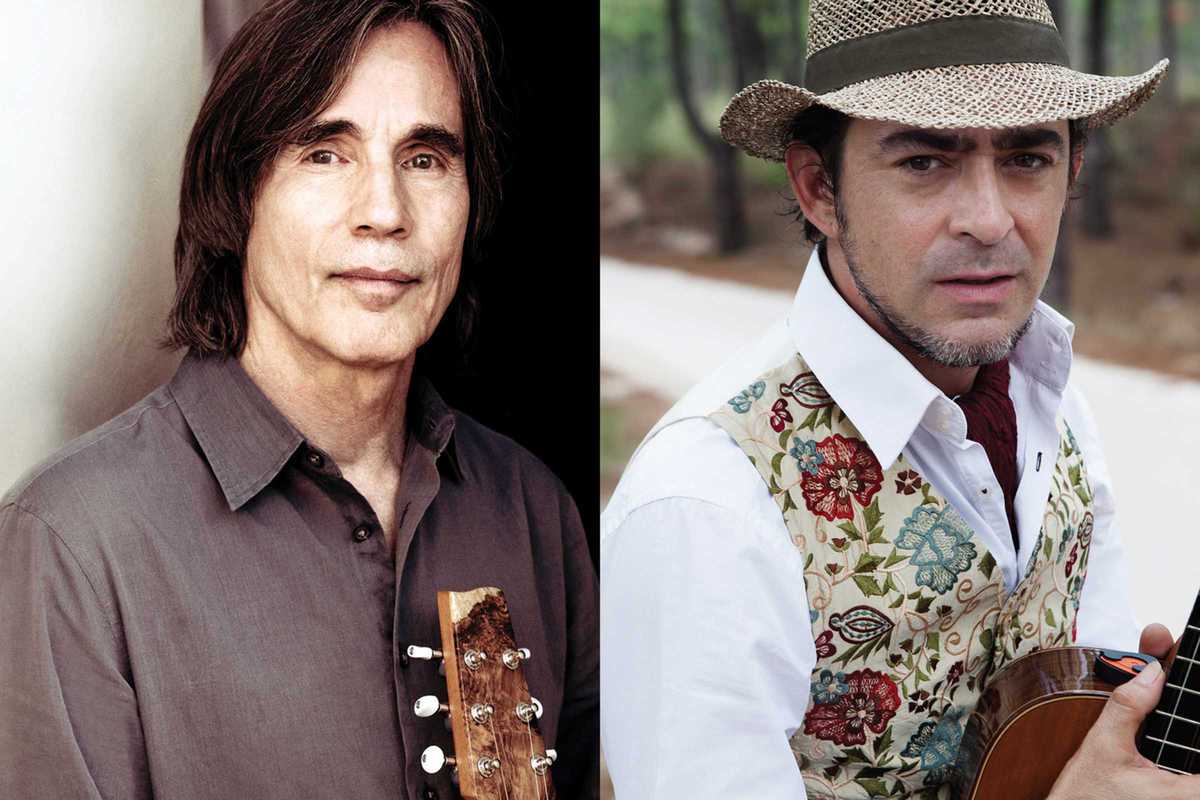 It’s hard to overestimate the influence of Jackson Browne on rock, folk and country. Even if you don’t know his music directly, you’ll recognize his songs which have been made famous by other artists. Always an innovator, the US singer-songwriter has recently collaborated with fellow guitarist Raúl Rodríguez from Sevilla, and the duo will be bringing their Song & Son show to Apolo this month. Rodríguez is a major artist in his own right, and his second album, La Raíz Eléctrica, will be released soon.

The first single from the album, “Let the Rhythm Lead,” is collaboration between Browne and Haitian group Lakou Mizik, and has already become a summer anthem. It’s this vibe of son eléctrico andaluz that they’ll be bringing to the Apolo, with Rodríguez playing first with a four-piece band before Browne joins them on stage. Expect a fusion of the flamenco rhythms of Andalucía mixed with Afro-Caribbean flavours and Browne’s distinctive folk-rock sound.