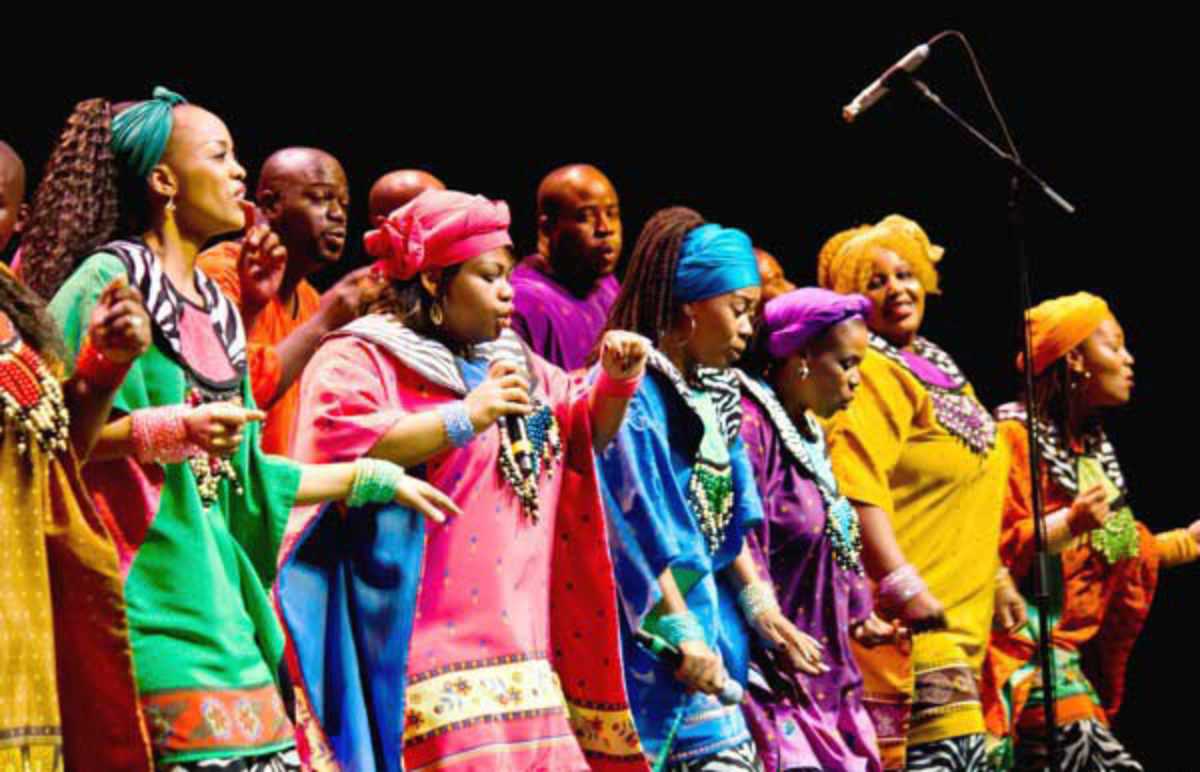 The Soweto Gospel Choir, hailing from Johannesburg, are an impressive group: they've earned a Grammy nomination, they were the first South African act to play at the Academy Awards and their debut album reached number one on the Billboard World Music Charts. It seems the only thing more colorful than their history are the traditional robes that they don for performances.

The choir, composed of some 40 members, incorporates instruments into the traditional choir music. Their powerful vocals are accompanied by dance that is specked with color. It is an amazing world music act and velvet sound of their voices is sure to appeal to almost everyone.