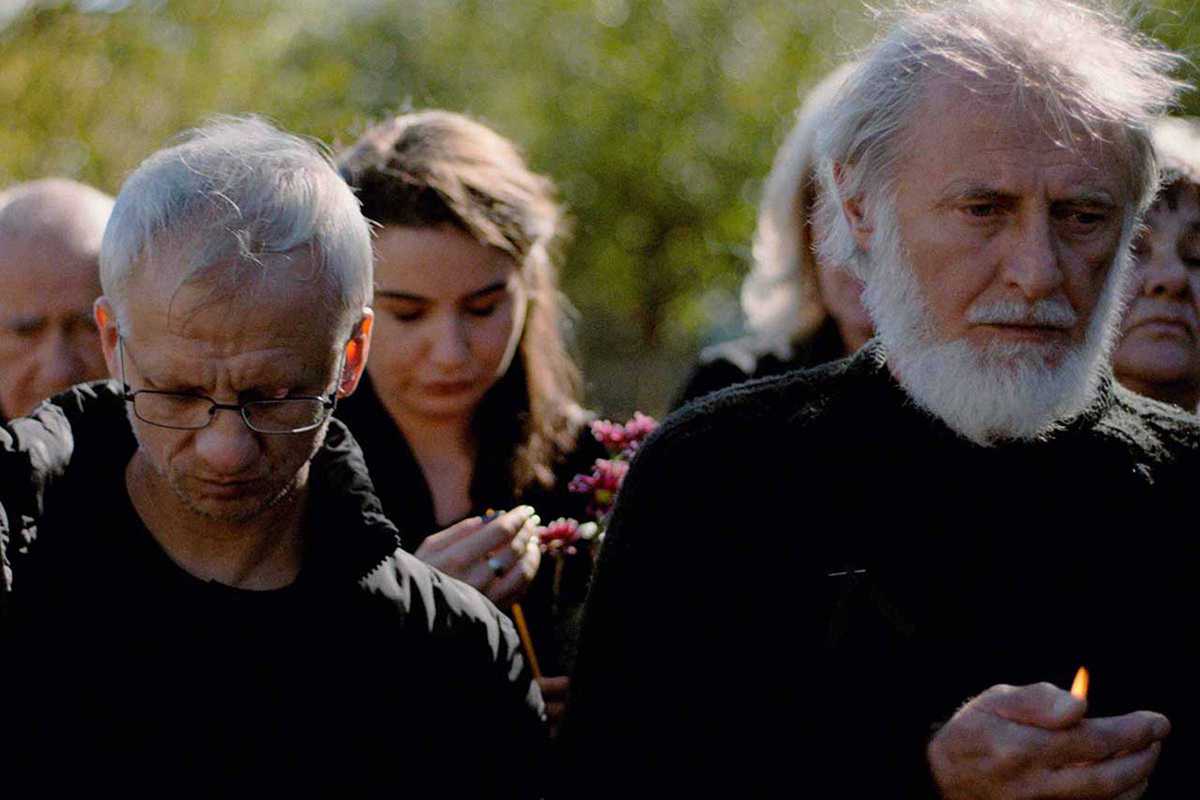 A funeral and the grieving atmosphere of its aftermath suddenly turn into an absurdist chamber play when a friend of the deceased receives an “afterlife” phone call from her. This miraculous occurrence inflames the imagination of a superstitious community, particularly the widower, who desperately wants to have a last word with his wife and appears poised to fall into a psychic’s trap while his son struggles to get him to return to his senses.

The Father, the deserved winner of the top Crystal Globe award at the Czech Karlovy Vary International Film Festival in 2019, is the third feature by Bulgarian duo Kristina Grozeva and Peter Valchanov, who have earned worldwide fame for their masterful “dramedies” on human values surfaced from everyday triviality. Their previous works The Lesson and Glory are tales that unfold stories of unknown victims in a corrupt society, while The Father takes inspiration in the directors’ personal experiences and digs into the psychological depths of a father-son relationship with philosophical dimensions of guilt, forgiveness and self-reconciliation.

With a spicy touch of Balkan black humor and a background imagery of soft autumn tones, The Father reflects contradictory emotions which eventually evoke a cathartic experience. (Shown in Bulgarian with Spanish subtitles.)