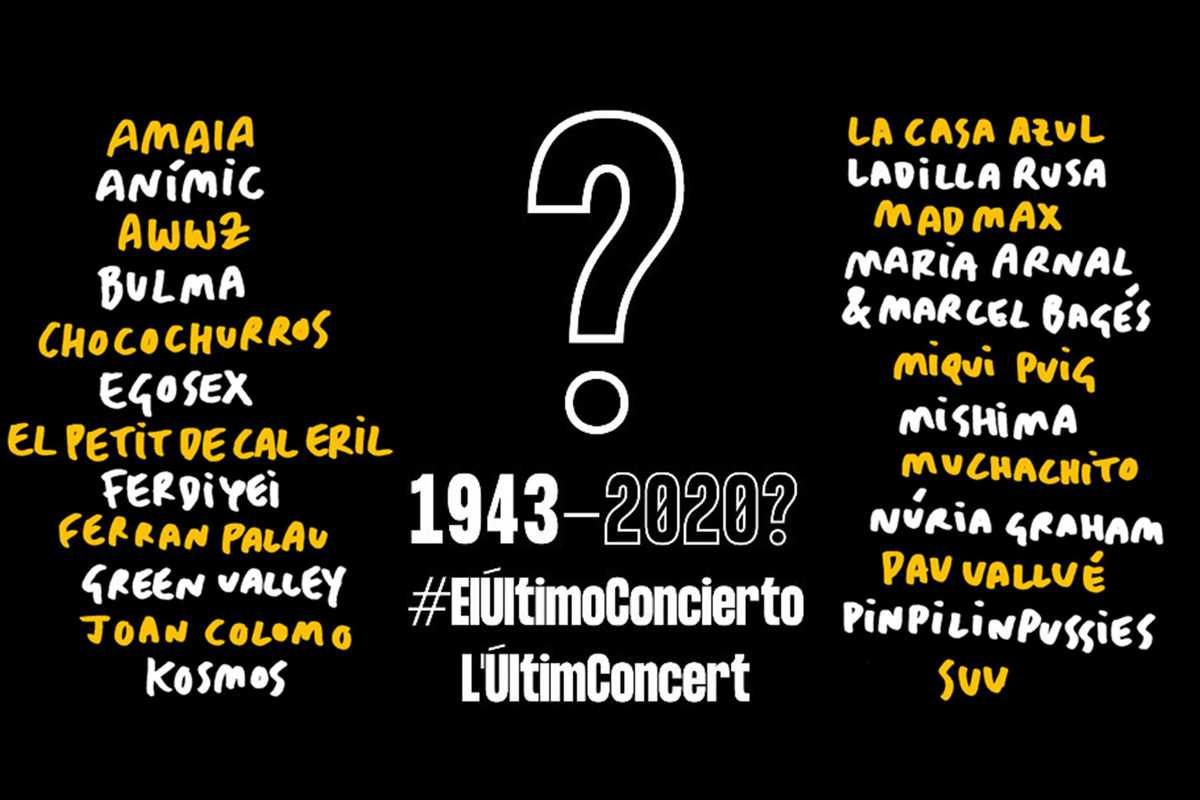 We all know that the entertainment sector and live music, in particular, have been particularly badly hit during the COVID-19 pandemic. Currently, there is no end in sight, so the situation is reaching critical mass. Here are the numbers for Spain: losses of €120 million estimated by the end of the year, 25,000 concerts cancelled and 5,000 workers directly affected.

In fact, at least 15 venues nationwide have already closed. In this harsh reality, many venues may soon be facing closure with zero income, political inaction and insufficient government support, and this would be a tragic shame. Iconic venues like Razzmatazz and Sala Apolo have become as much a part of Barcelona’s cultural landscape as Modernist architecture and Messi leading the charge at Camp Nou. This situation is repeated throughout Spain, which is why venues around the country have come together to create ¿El Último Concierto? to build awareness and generate support.

From 8pm on Wednesday, November 18th, a host of venues across Spain will come together for a special live event streamed for free on the ¿El Último Concierto? website with the lineup of artists to be revealed on the night. As well as Razzmatazz and Sala Apolo, other venues in Barcelona taking part include Barts, Sidecar, Laut, Upload, Luz de Gas, Marula Café and others.

Will this be their last concert? We certainly hope not, but it is a real and present danger. Part of Spain’s cultural wealth is also its music and nightlife scenes, and they are worth fighting for.