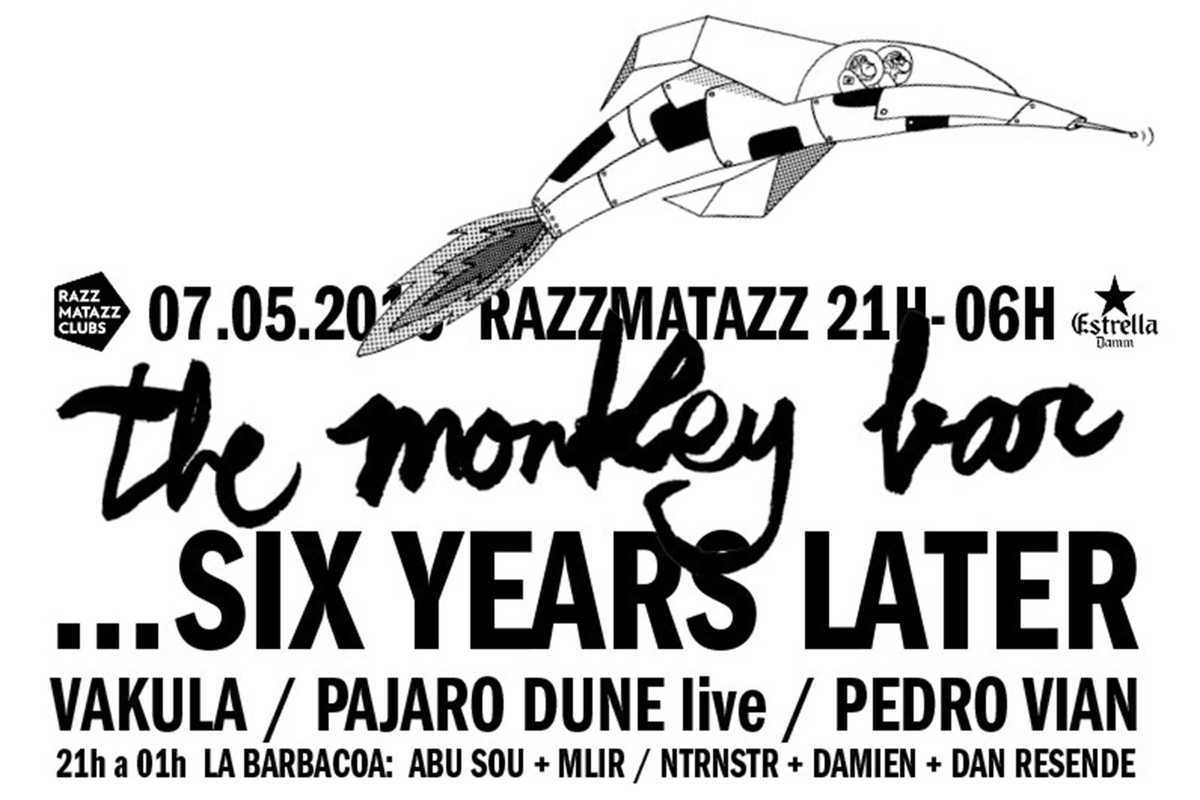 The Monkey Bar celebrate their sixth anniversary in style on May 7th when they bring their famous party vibe to Razzmatazz. It promises to be an epic party with a crowd who really love their music. The Monkey Bar is not, as the name suggests, a physical venue, but a party that has been held at many venues around Barcelona over the last five years. Razzmatazz 3 (The Loft) will provide the perfect birthday playground, but it still has the kind of intimate atmosphere which The Monkey Bar thrives on.

Always breaking the mold, The Monkey Bar kick off the proceedings at 9pm with a barbeque; RSVP via email ([email protected]) to attend and fill up on food and €1 beers with local DJ Abu Sou and the Discos Paradiso Crew plus Swedish producer MLiR (Studio Barnhus) and more. The main event from 1am features Pedro Vian, the very first DJ to play at The Monkey Bar, Pajaro Dune performing live and the headliner Vakula, a Ukrainian producer whose music extends from house and techno into ambient realms and beyond.

Expect some serious monkey business and plenty of monkey love.