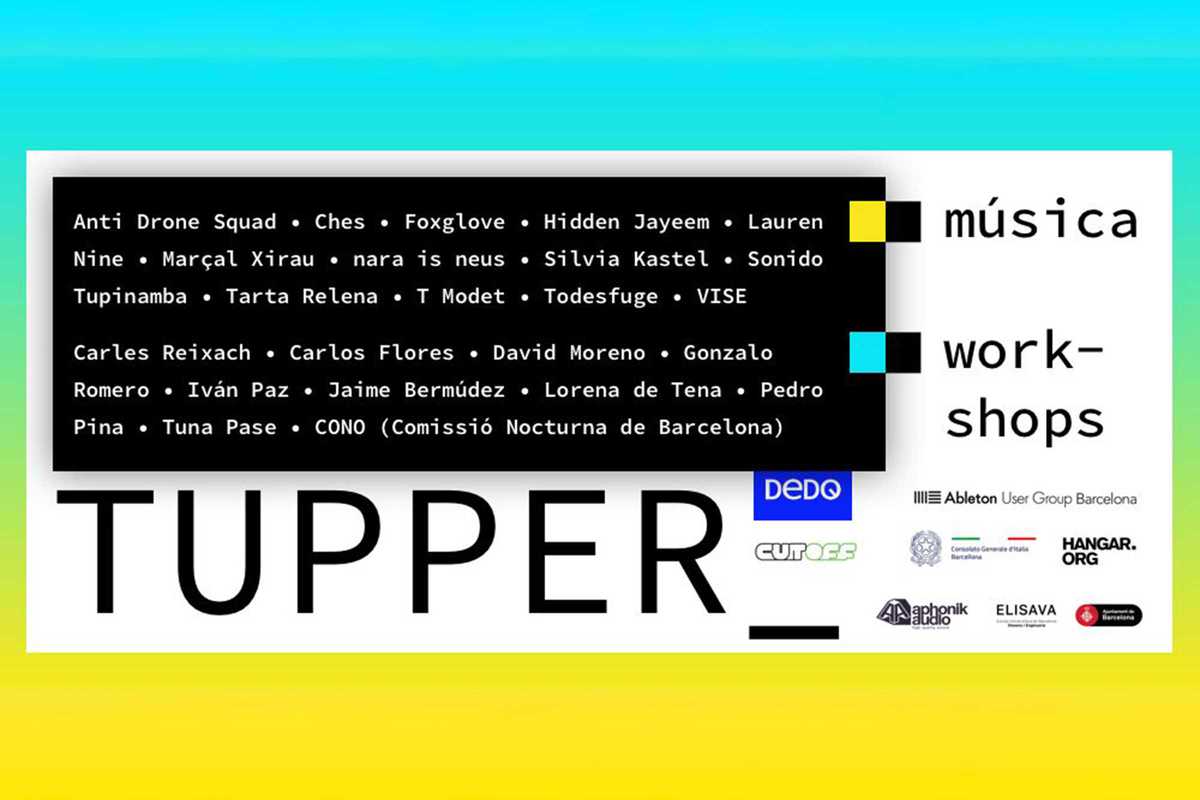 Set to assemble electronic music fans this weekend is the sixth installment of Tupper festival. Running from early afternoon through to late evening on Saturday, January 25th at Hangar, an arts center in refurbished industrial premises in Poblenou, more than ten acts will appear across two performance spaces.

Aside from listening to the music on offer, there'll be opportunity to grab notepads and engage your focus as there's be a run of workshops taking place on the Friday and Saturday, with Friday's sessions being led by globally-renowned educators SAE Institute.