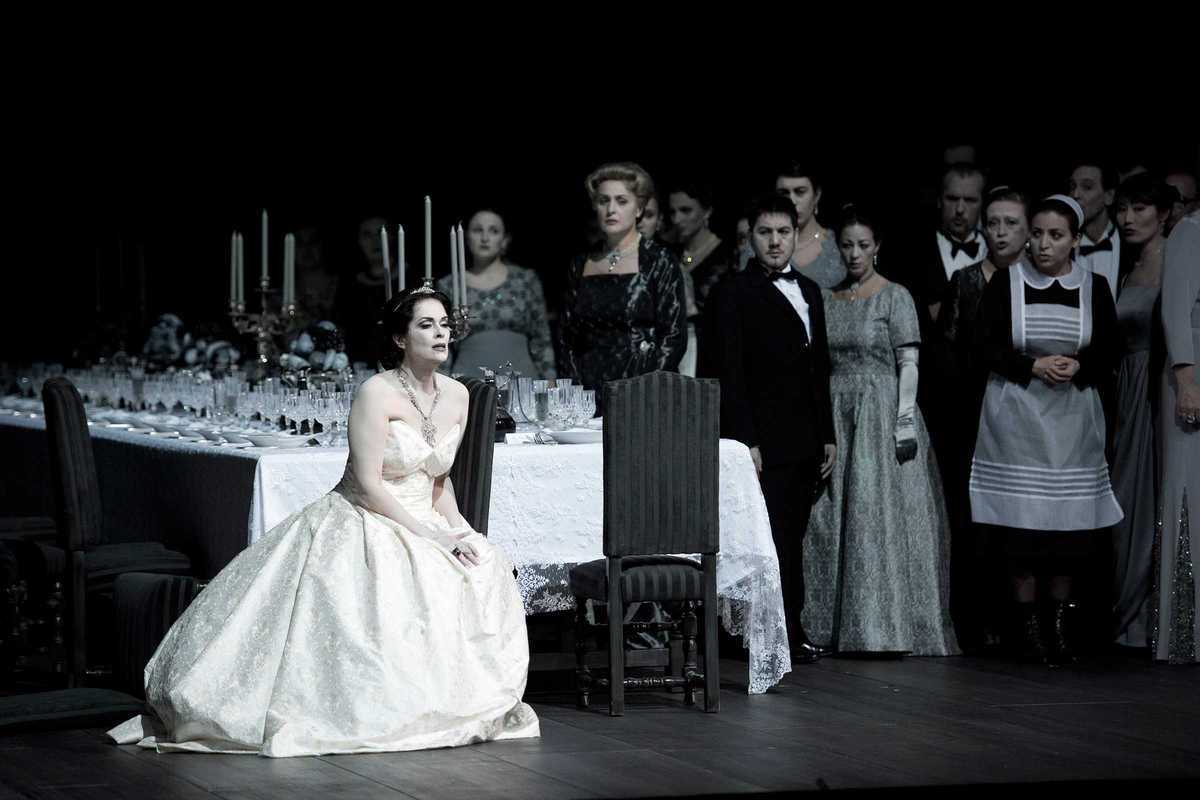 Marking the 400th anniversary of Shakespeare’s death, Verdi’s adaptation of Macbeth returns to the stage of the Liceu. Verdi was largely loyal to the Bard’s original, with one notable expectation being the replacement of the three witches with a large chorus. They foresee a future as King of Scotland for general Macbeth. Spurred on by his ambitious wife, he murders his way towards making their prediction a reality.

The original enjoyed a successful debut in Florence in 1847, but Verdi’s French language-version received a frosty reception from critics after debuting in Paris in 1865. Macbeth largely disappeared from opera houses until it was revived in Europe in the 1960s.

The opera successfully captures the darkness of the text. Stage director Christof Loy’s black-and-white palette adds a touch of surrealism to his interpretation. Verdi later turned his hand to Othello and Falstaff, but it is Macbeth, his first Shakespearean opera, that he called “one of mankind’s greatest creations.”