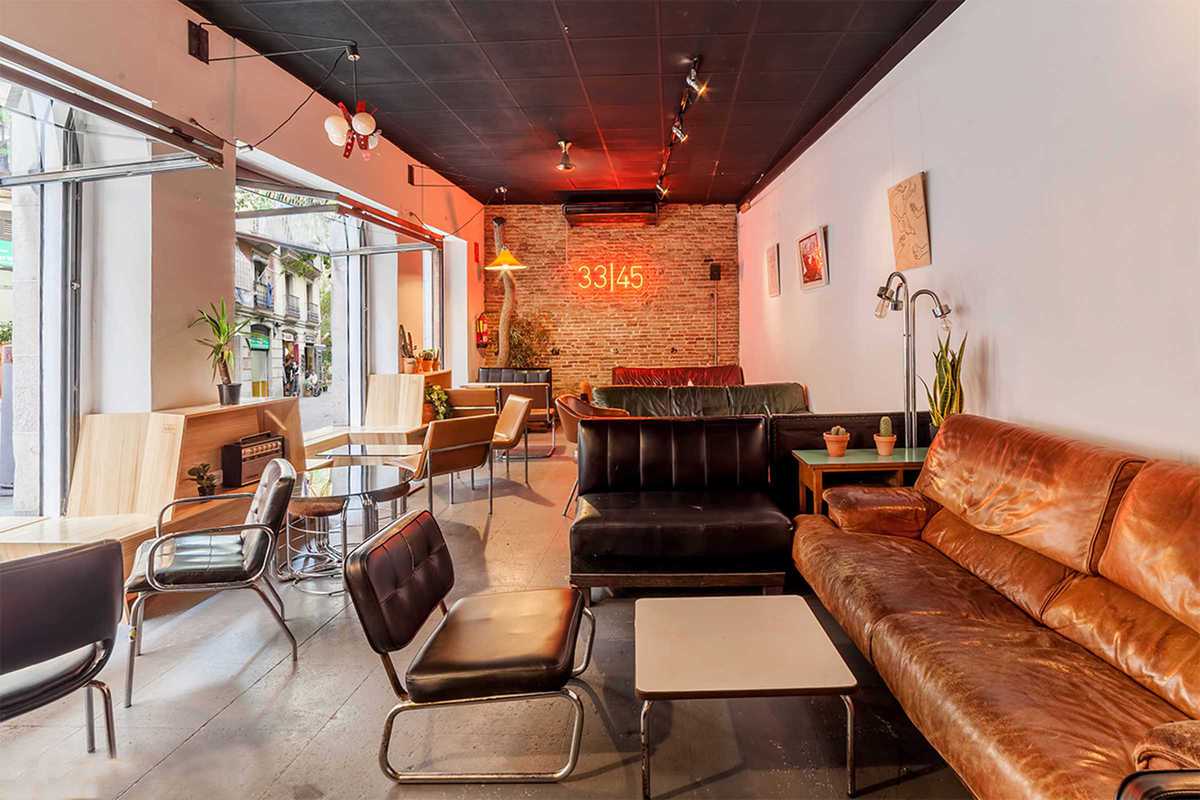 Electro music, great cocktails and a fun vibe are the three main factors making up 33|45. This relaxed bar-slash-gallery draws in a large and mixed crowd to its DJ sets, cultural events or simply to chill on the comfy couches and enjoy a drink and some tunes into the wee hours.

Top tips for cocktails include the Moscow Mule and Ginger Deer, while beer fans can choose from more than a dozen of so varieties, including bottled German beers such as Augustiner Lagerbier Hell. The kitchen is open between 1pm and 4pm and from 7pm to 11pm, offering light bites such as hummus and nachos as well as fuet, cheeses and five types of ceviche. The cultural offering changes each month, with live radio performances, album launches and exhibitions all having featured previously.

Owners Ignasi and Edu also run their own record label, making them more than qualified to put together an awesome musical lineup – check out what’s coming up soon on the bar’s Facebook.