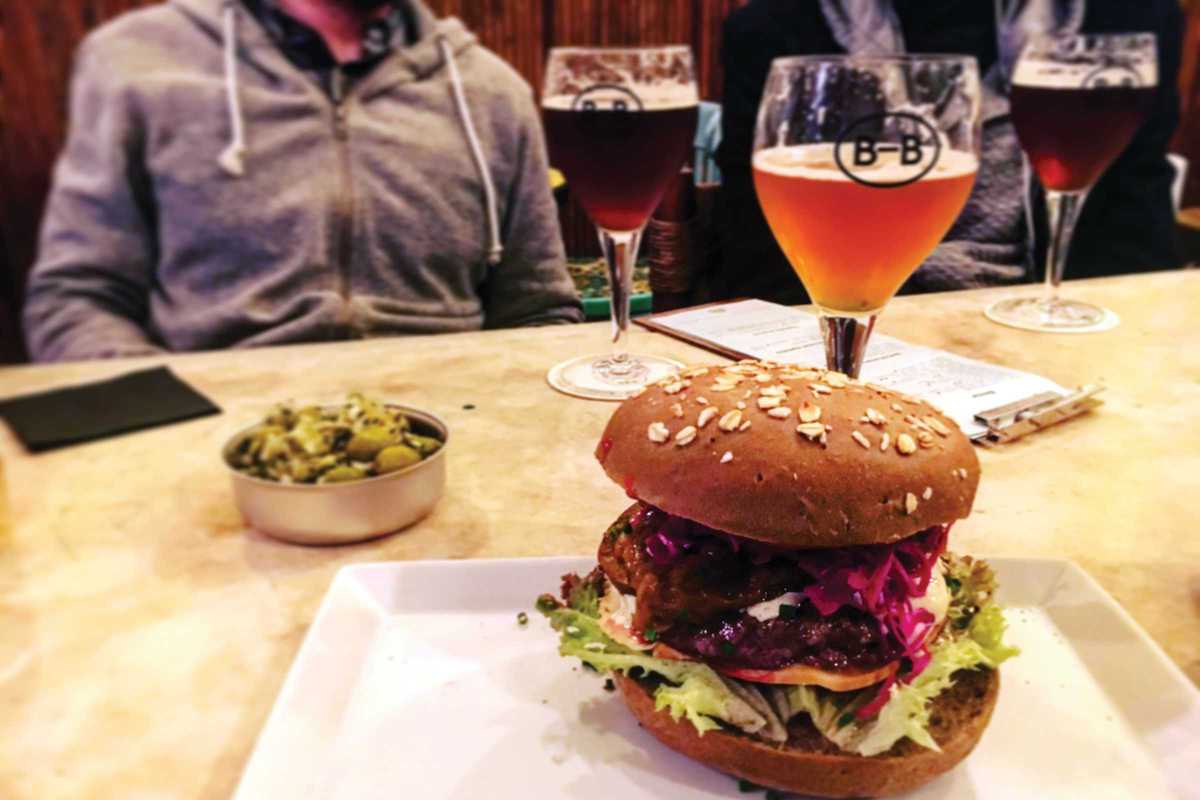 Little did Alex know that his move from London to Brussels to pursue a career in politics would change the course of his life. As often happens when one goes to Belgium, it didn’t take long for him to discover the joys of Belgian beer. The lusty lambics. The sultry saisons. Then Alex met a Barcelonian called Carlota and found himself asking, “What if?”

A couple of resignations later, Alex and Carlota were setting up home in Barcelona. Alex began guest brewing Barna-Brew’s range of Moreneta beers, distributing them to local bars and picking up awards along the way. Spurred on by the success, he found a space to call home on the suitably chic Carrer Parlament, where he now has an industrial-scale brewery and a beautiful bar where you can quaff your way through the Belgian-Catalan inspired brews.

The “beermut” tapas are perfect sipping companions, while the meaty Moreneta Burger is proper beer-drinking grub. And they lived happily ever after.