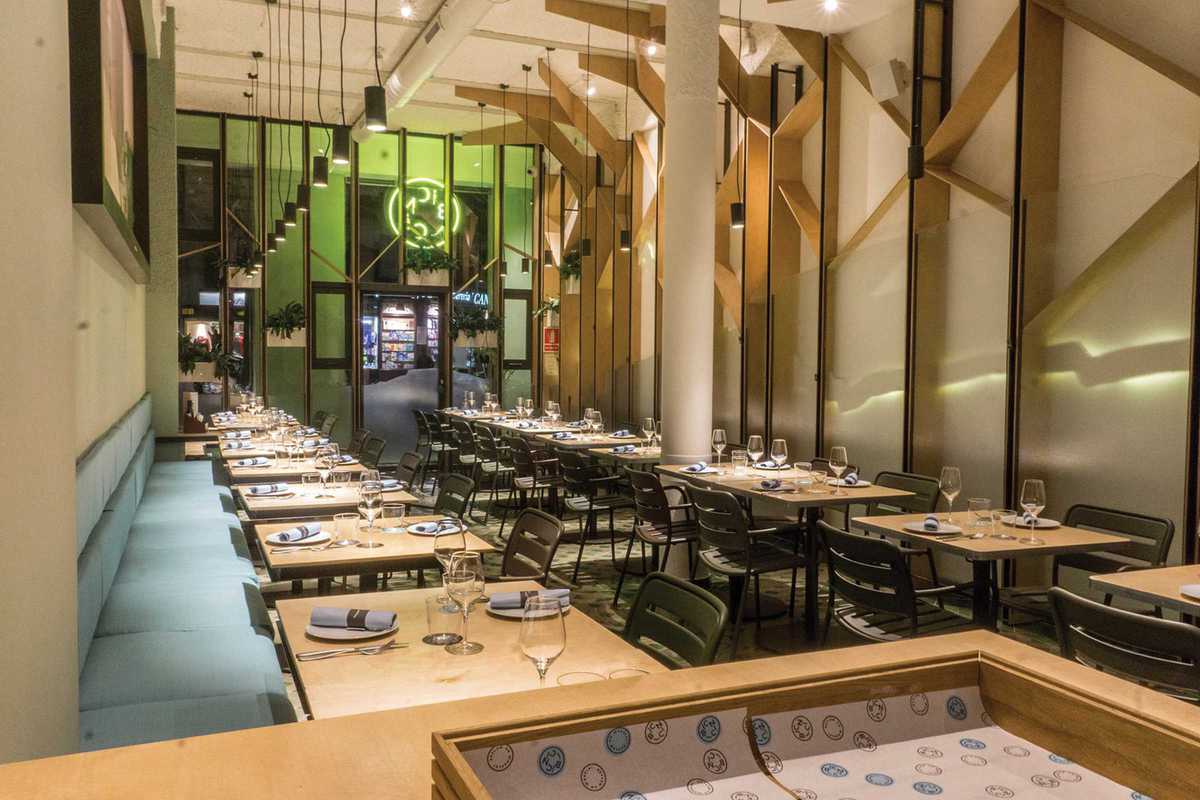 First there was Betlem, who teamed up with the Toormix design studio, then came Bicnic. “B” is for Barcelona, where the idea is to enjoy a picnic of “gastro-rustic cooking.”

This translates into food like two thick slices of coarse pâté married with Yellow Bakery bread, toasted auburn and bent like crumpled autumn leaves. Those two things on their own are good, but the plate is rendered perfect by the inclusion of cauliflower pickles. Memorable for its bold use of acid in a city that ignores sour flavor unless there’s a ceviche at hand, the pâté isn’t alone in its excellence. Every dish ranks around a ten. For dessert, there’s a peanut chocolate number that tastes how a Snickers might if it won the lottery.

The space has the potential to be cavernous, but a clever interior designer has wrapped it around like a horseshoe with mixed seating. What you get is an informal, light setting, with easy-to-eat food that someone in the kitchen has thought seriously about.