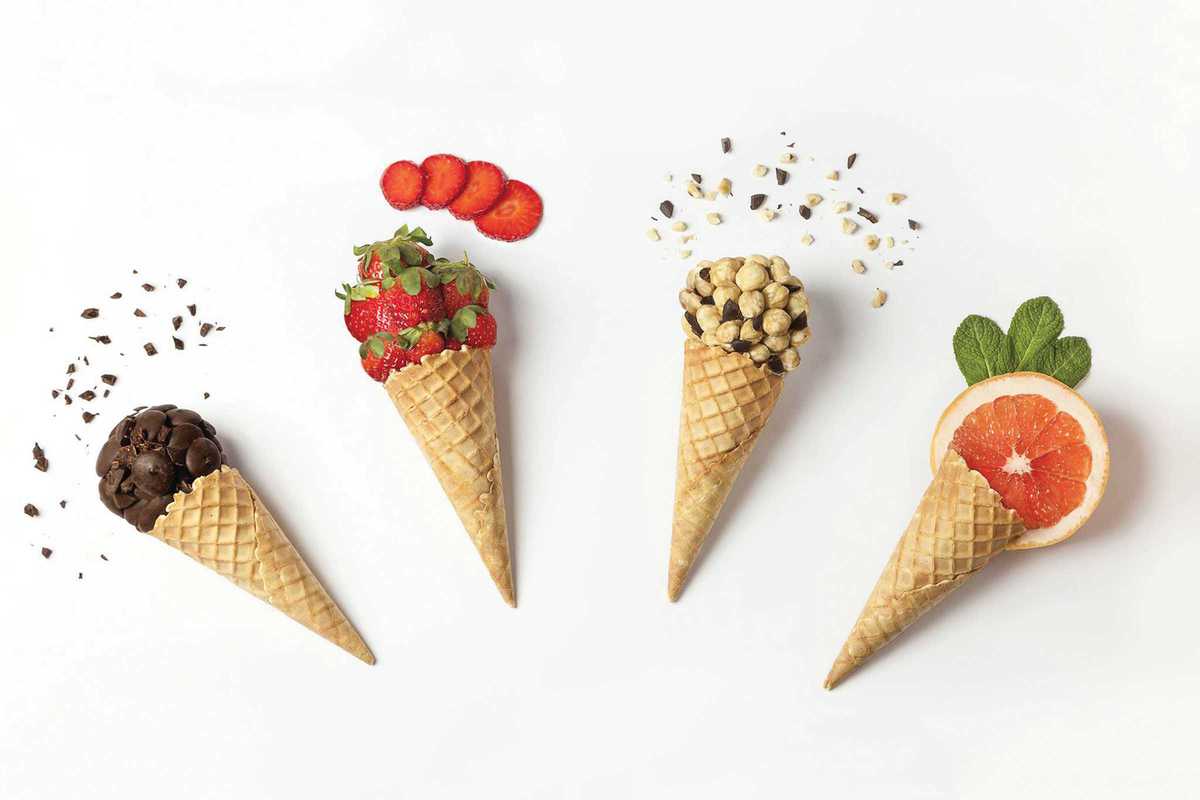 A second DelaCrem has opened, this one on the tree-filled, wide avenue of Passeig de Sant Joan. On first glance, DelaCrem Obrador looks like nothing more than a narrow shop front with a crowd of people shifting their weight from one foot to the other until it’s their turn at the counter. Behind the counter of gleaming sliver tops, however, there is a narrow seating area with a few tables, and behind that, the glass-fronted workshop.

As before, the flavors change to reflect the seasons, and there is a handy flavor wheel pinned up for reference. This is natural ice cream, meaning no additives or stabilizers. The ice cream will seem colder than usual, since it hasn’t had volumes of air beaten into it, and will melt quickly. Not that this will be a problem, as DelaCrem make the kind of ice cream that is wolfed down greedily, with one eye on the line as you consider whether you should dip back in for seconds.

The answer, by the way, is yes.