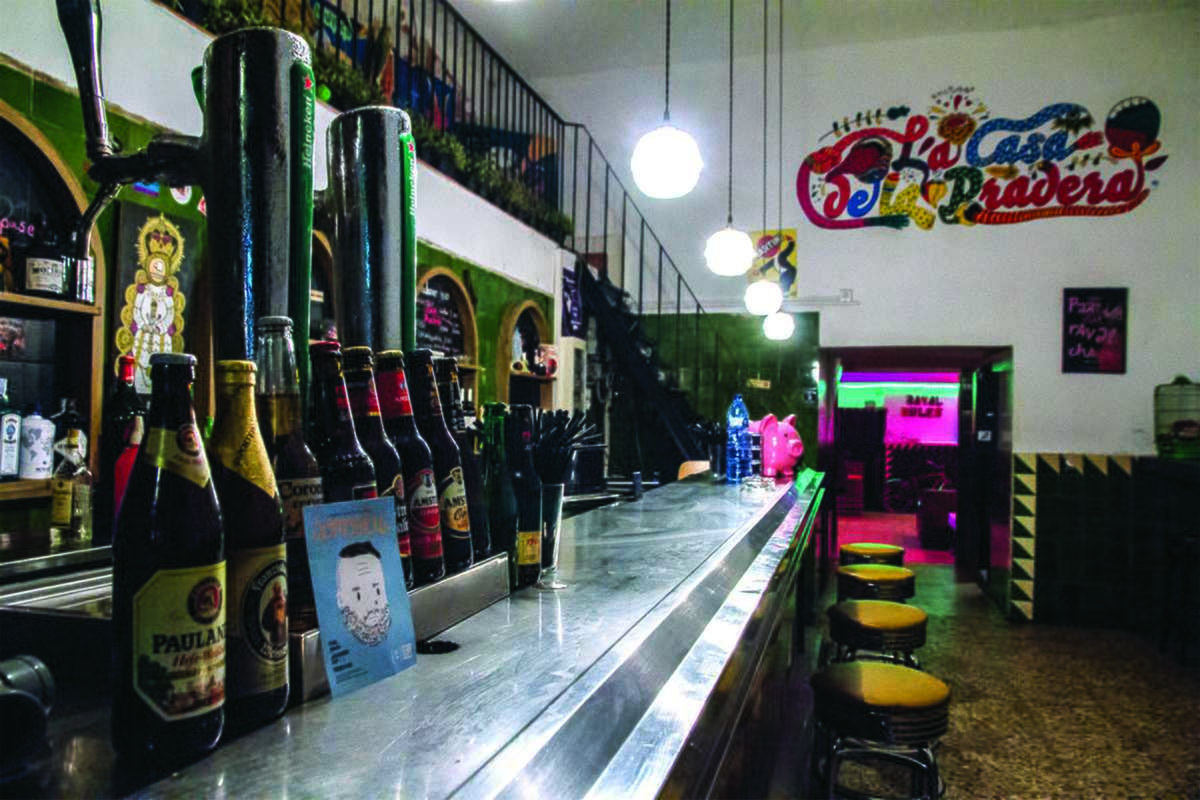 La Casa de la Pradera is a dive bar in the Raval where a mixed crowd of locals – gay, straight, Catalan, foreign, young, not-so-young, whatever – go to drink, dance and hook up.

The drinks are cheap – a small draft beer costs just €1.20, a draft Heineken €2, a bottle of the quality national brew Estrella Galícia €2.50, with long drinks coming in at €7 a pop. There are a few finger food items available like olives or potato chips but the action really gets going after dinner.

On the weekend, DJs come on around 11:30pm and some Sundays the place opens up early with live music or DJs. It’s a good stop to liquor up before heading to the nearby Apolo indie nightclub.