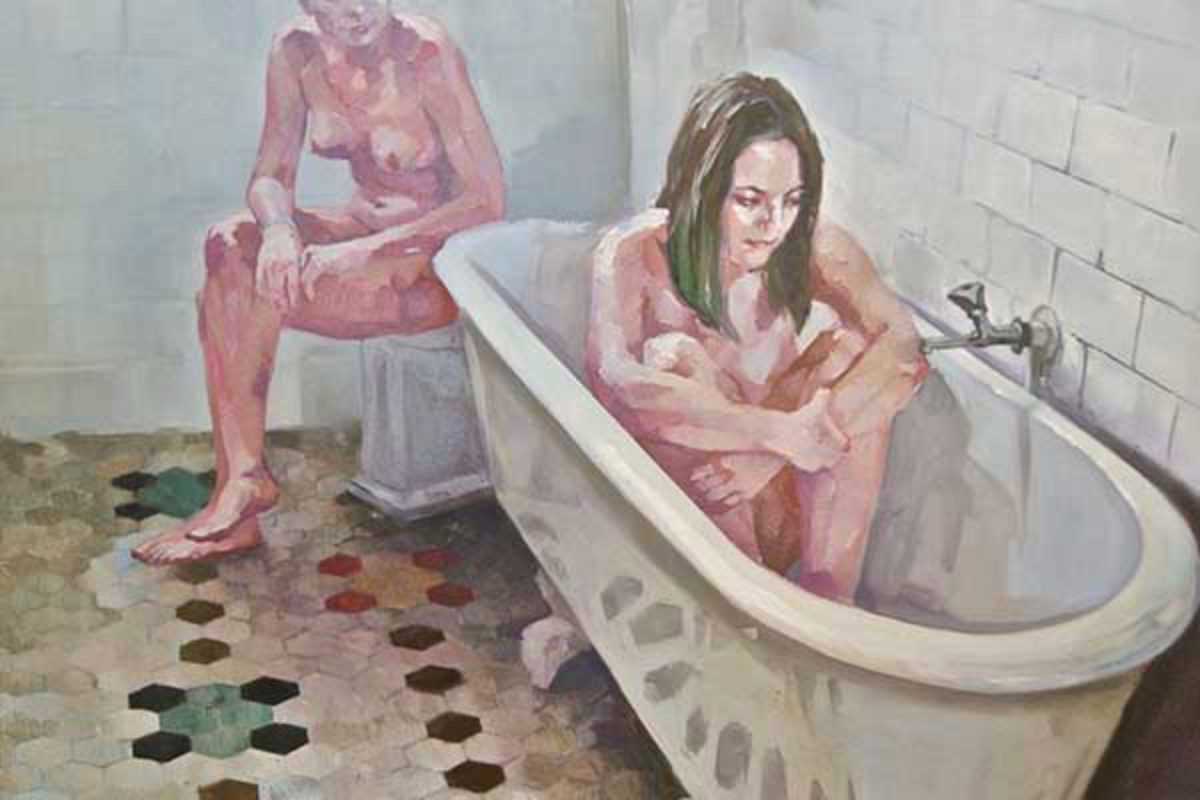 Alejandro Casanova recreates the melancholy, boredom and loneliness of everyday life in Abismatismos, on display at Artevistas Gallery from March 12th. Straddling the boundaries between realism and impressionism, the young Valencian artist depicts nudes lying restless in bed, huddled in empty baths or curled up on cold tile floors, creating emotive snapshots of domestic scenes that will feel familiar to all who see them.