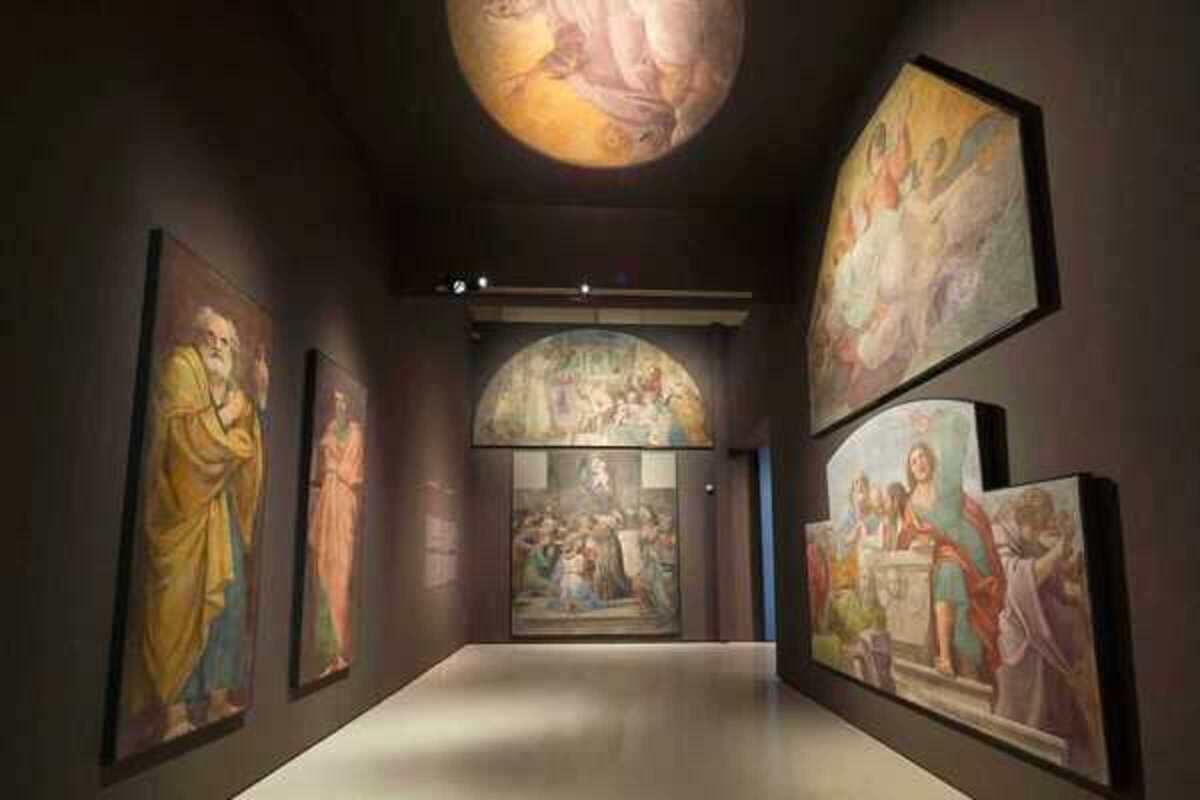 See the remaining fragments of the frescoes of the Herrera Chapel at MNAC.

In the first years of the 17th century, the Bolognese artist Annibale Carracci made a commitment to the noble Spanish banker Juan Enríquez de Herrera to paint a fresco in the chapel of his family in the church of San Giacomo degli Spagnoli in Rome. The artist conceived the whole work, dedicated to Saint Didacus of Alcalà, and began the design of all the preparatory panels. Due to an illness, from 1605 onwards the project had to be delegated to Francesco Albani.

During the decade of the 1830s, the frescoes were taken down and transferred to canvas, and shortly afterwards were sent to Spain. Seven of the fragments were deposited in the Museo del Prado and the other nine, that are now on show at MNAC, in the Royal Catalan Academy of Fine Arts. The location of the other three fragments that would make up the whole work is unknown.