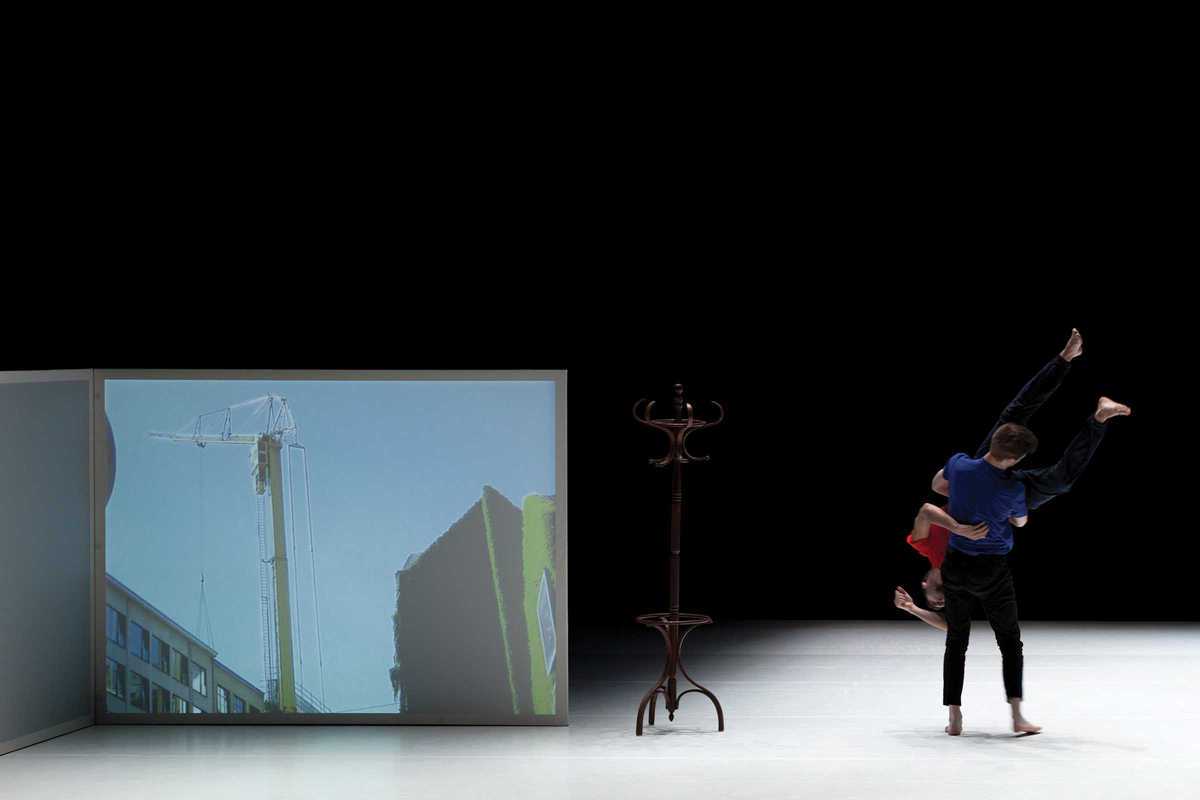 One of the city’s newest spaces for the scenic arts, Hiroshima emphasizes emerging European artists this season. Their January highlight is Autointitulado (“self-titled”) by João dos Santos Martins, one of Portugal’s most well-known young choreographers, collaborating here with his French colleague Cyriaque Villemaux.

The performance explores the history of dance through a series of dance fragments. These are accompanied by video projections and a soundtrack mixing traffic noise, bird cries, voice snippets and familiar music. The choreographers intend for the audience to experience dance in the way that a tourist visits a city: with the nonchalance of a summer stroll – the performance’s images and sounds were recorded in European capitals – and a curiosity about great monuments from the past.

Autointitulado is like a an album full of dance memories in which the creators invite the viewers to fill in the missing pieces – to find their own stories.