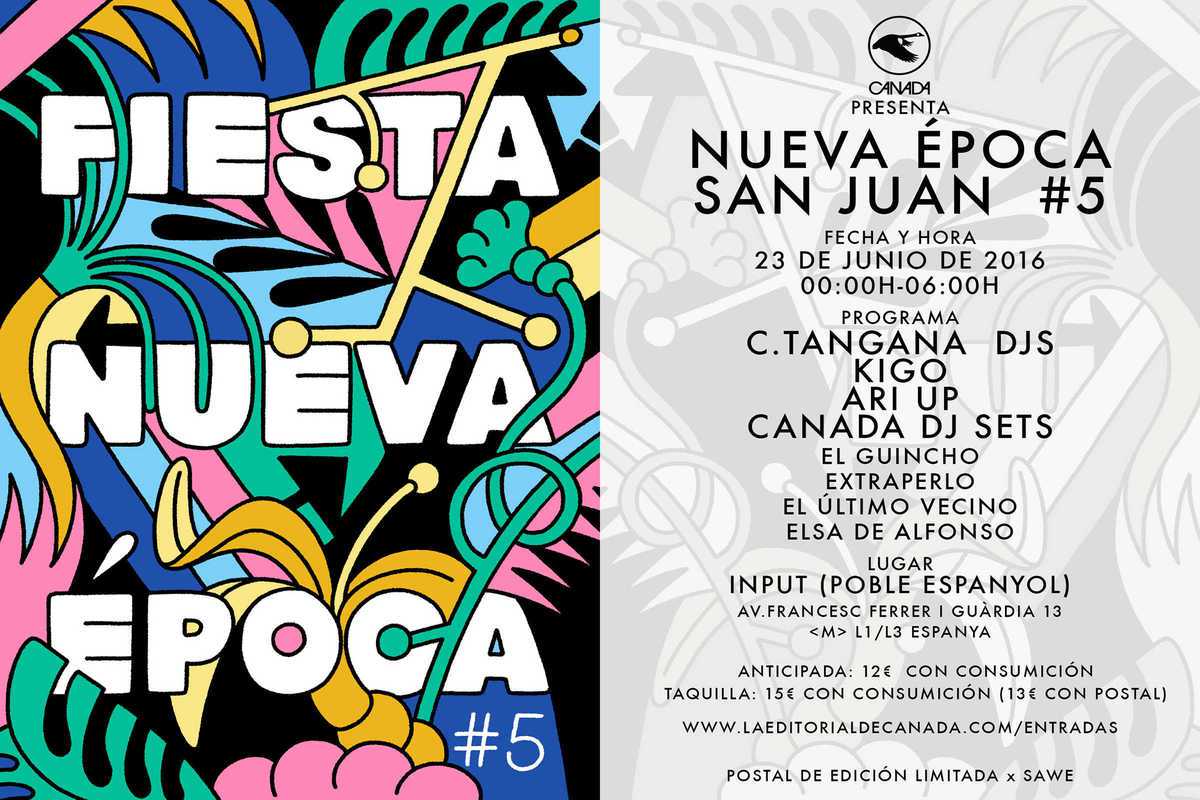 Indie music purveyors and part of team behind the established Club Marabú series, Canada Editorial takes over new nightclub Input (formerly The One) for a Sant Joan blowout, which also coincides with the label’s fifth anniversary.

Canada Editorial is the record label of CANADA, an audiovisual collective that has directed music videos for Tame Impala, Phoenix, Battles, Keane, Two Door Cinema Club, The Vaccines and El Guincho, among many others. Pick up the party flyer by Barcelona illustrator SAWE for reduced club entry (€13 instead of €15, includes a drink).