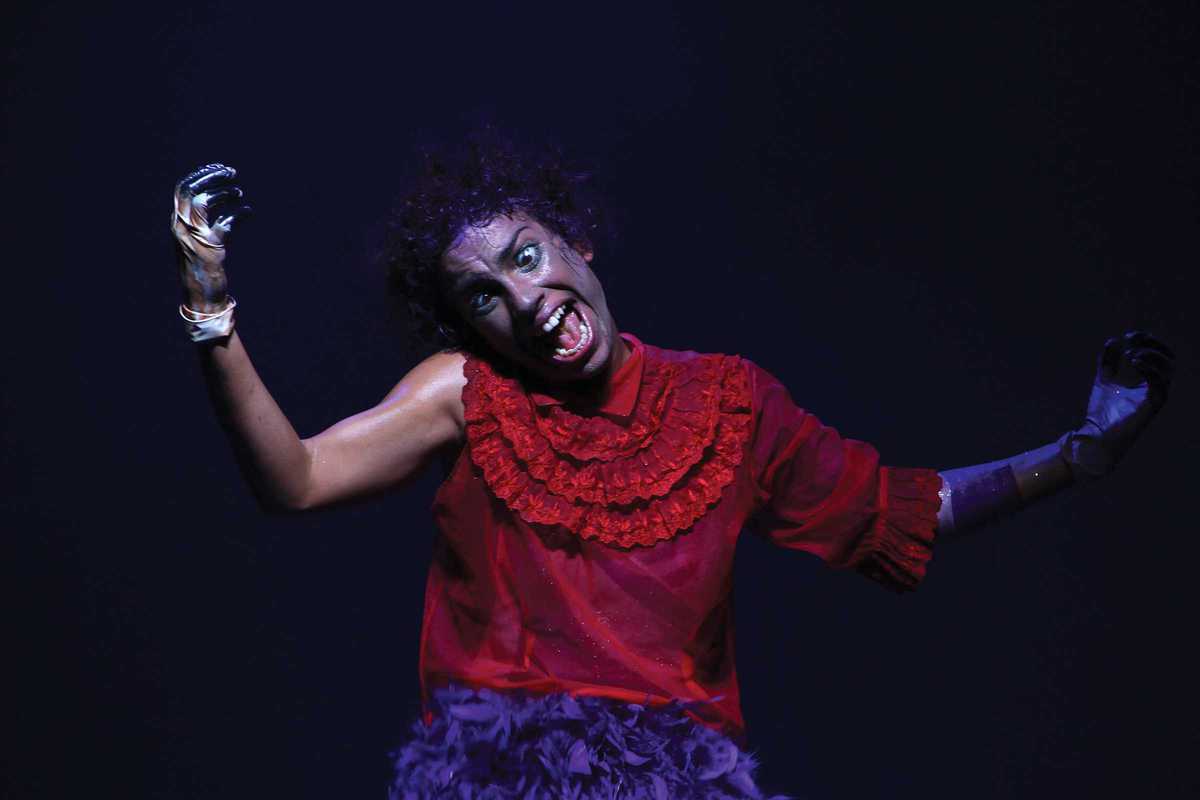 “Guintche” is a word with many meanings. Hailing from Cape Verde, this Creole word is the name of a bird, the name of a prostitute and an attitude – the type of person who jumps from one event to the next, rooted in the present with little thought for the past or future.

Part of Hiroshima’s Ciclo Oro Latin American performance series, Guintche is also the title of Cape Verdean performer Marlene Monteiro Freitas’ expressive dance piece. The performance was inspired by a sketch of a person she drew as a memento of a concert, which grew, rebelled and took on a life of its own. It’s this spirit that informs Guintche.

Full of the impurity and intensity that characterizes much of Monteiro Freitas’ work, the piece is at turns strange, comedic and impassioned, using props and facial expressions to express a free, uninhibited attitude to life.