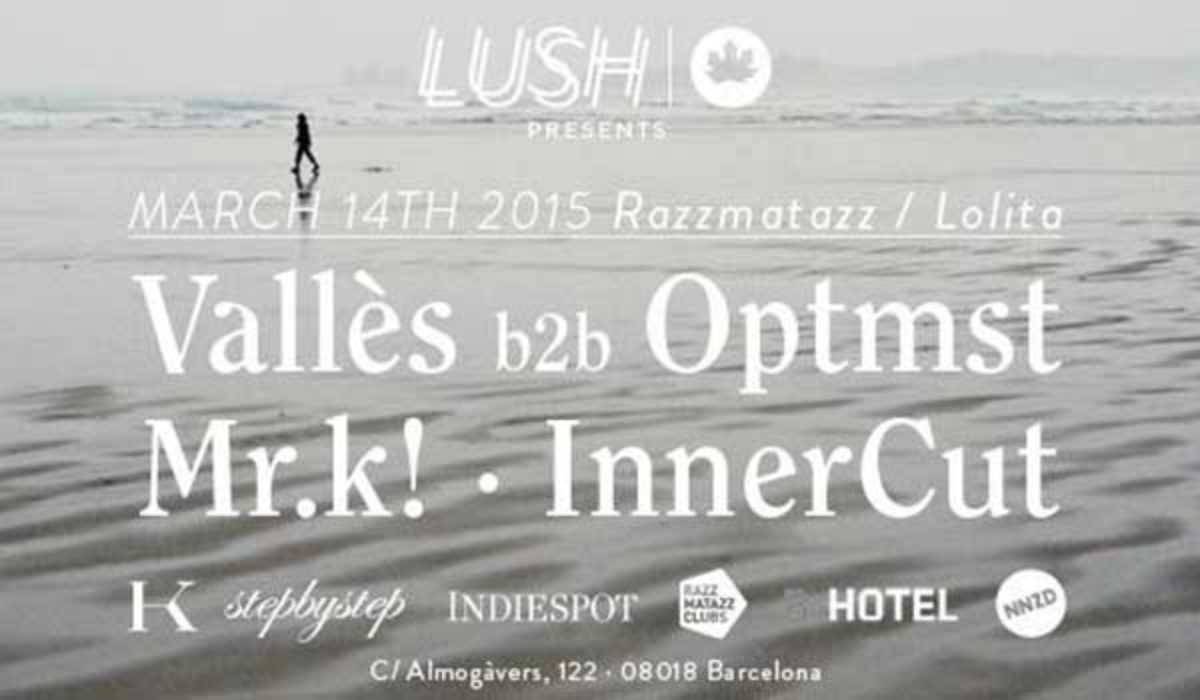 Lush is a series of events being put on in Razzmatazz’s intimate Lolita room by Helsinski Pro, a young booking and management company whose whose focus is on the electronic music scene within Catalunya and the rest of Spain. For the third of these showcase events they’ve gathered a bill of four artists topped by InnerCut, whose emotional, James Blake-ish, post-dubstep impressed the UK label Tasty enough for them to release his last single, “Anoia.”

Joining InnerCut are Ibiza-born artist Vallès, whose jazz-tinged house should blend well with the funk and R&B-influenced fare of Barcelona-based Frenchman Optmst, with whom he will play a back-to-back set. Disco-fixated local DJ and producer Mr K! completes the bill.