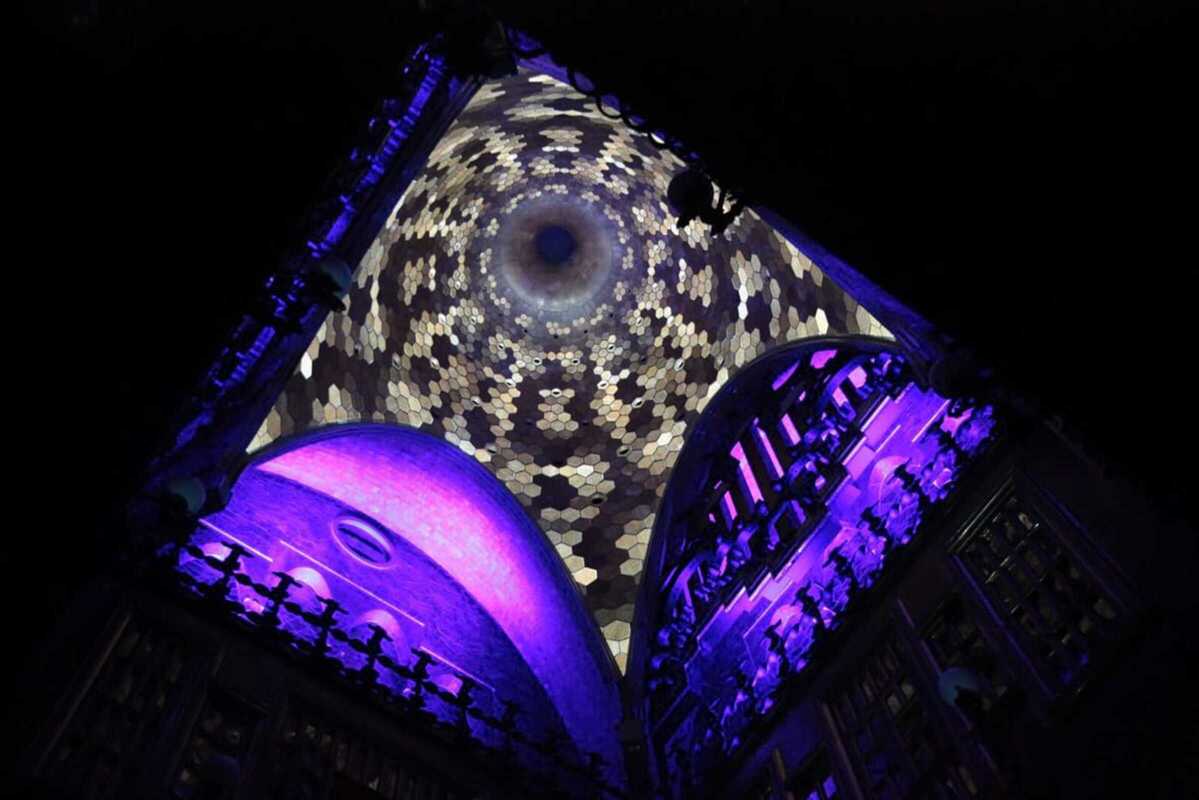 Experience architecture in a new way at Palau Güell. Built by Gaudí, it stands out for the innovative way in which the architect conceived space and light. The building was commissioned by the businessman Eusebi Güell Bacigalupi, who lived there until the beginning of the 20th century. During this period, the building became a meeting point for the artistic and musical avant-gardes of that time. In the central hall, there were frequent concerts in which the organ took centre stage and the cupola acted as the big speaker.

In order to continue this spirit of creation, the Palau now offers the Parabolic Gaudí audiovisual show. The show focuses on the geometry of the dome with a parabolic shape composed of hexagons. This architectural element becomes transformed into a canvas for the projection of abstract geometry generated with digital tools. To make it a truly unique experience, the light projection will be synchronised with the music of the organ.