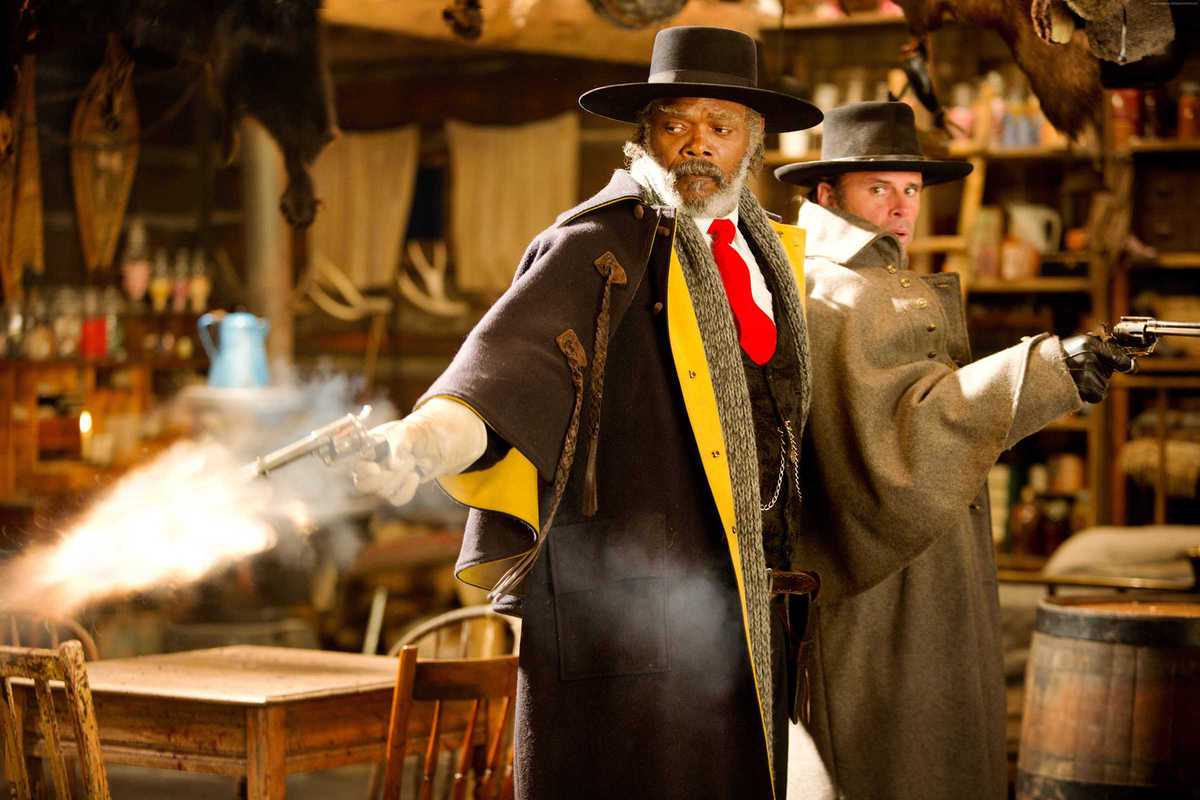 Quentin Tarantino’s eighth film (of ten) puts him back the saddle of a warped post-American Civil War world not unlike that of Django Unchained. But this time, at 187 minutes, you’re in for a much longer ride. The Hateful Eight is a beautiful, rambling film-lovers’ film which feels like a higher experience than just going to the cinema, teasingly only unleashing hell right before the intermission – one of Tarantino’s finest moments.

The first half’s snowy coach ride allows time for the film’s three leads to wax lyrical about the state of the US. Racism, greed and uncertainty are the fuel for this fire and the director pulls no punches as we rumble through the winter wonderland. Neither does Kurt Russell’s bounty hunter, taking a bruised and wild-eyed Jennifer Jason Leigh to the noose. After coming upon Samuel L. Jackson’s Unionist soldier and Walton Goggins’ newly appointed sheriff in the beginnings of a savage blizzard, the trio head to Minnie’s Haberdashery to find the remaining five haters – many of whom are not as they appear.

(Shown in English with Spanish subtitles in its Roadshow version exclusively at Phenomena. The title in Spanish is Los odiosos ocho.)