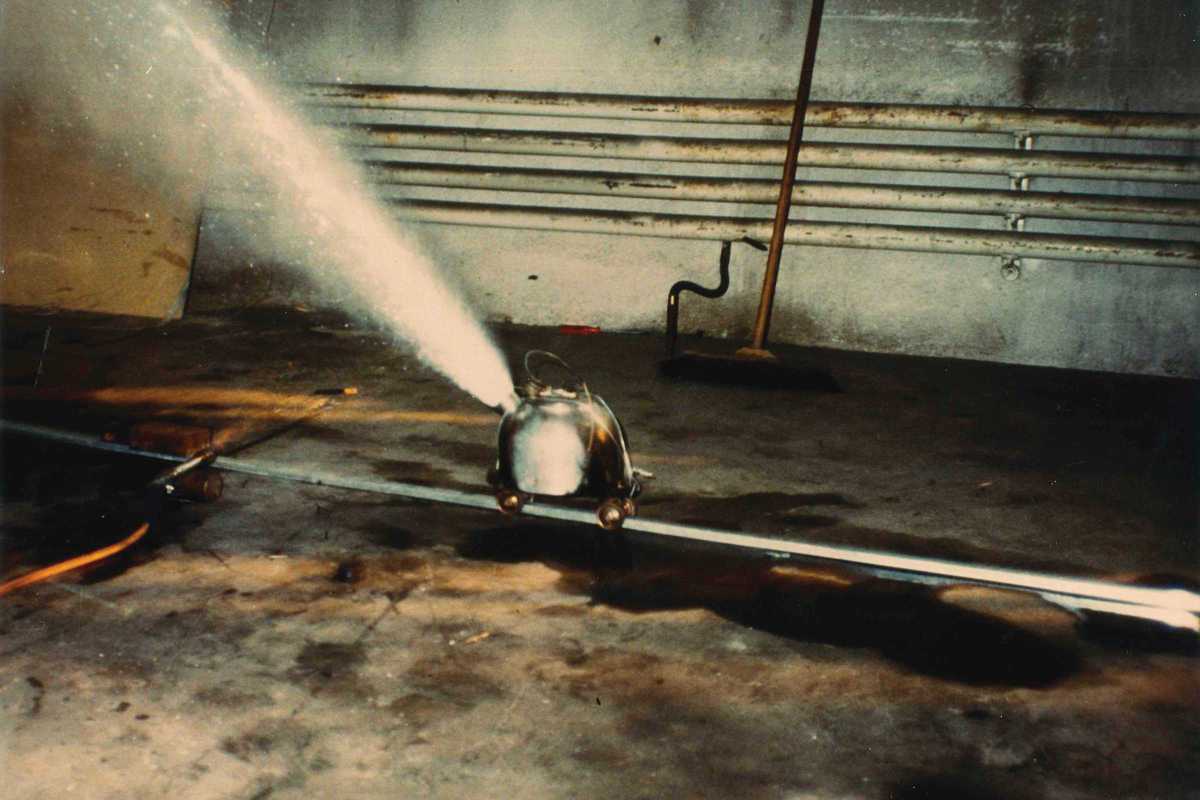 Released in 1987, Peter Fischli and David Weiss’ film The Way Things Go is the art world’s most iconic example of a Rube Goldberg machine. Presented as a single sequence, the 29-minute film shows everyday objects set up to move in a domino effect: a spinning garbage bag nudges a tire, which sets off a wooden seesaw and drops a ball to the floor…

Sparking fires and explosions as it moves, the complex contraption makes for oddly compelling viewing. The film has been exhibited in galleries and museums around the world, including MoMA and the Pompidou. Here in Barcelona, Fundació Joan Miró celebrates the film’s 30th anniversary with The Way Things Do, a collaborative exhibition inspired by the Swiss duo’s film.

Artists Serafín Álvarez, Cécile B. Evans and Daniel Jacoby & Yu Araki offer reinterpretations of the famous chain of reaction, exploring themes such as circuits, causation, the role of objects, and interactions between data, machines and artificial intelligence.